The Immortal Transcripts is an upcoming upper-YA paranormal romance series suitable for older teens and adults. 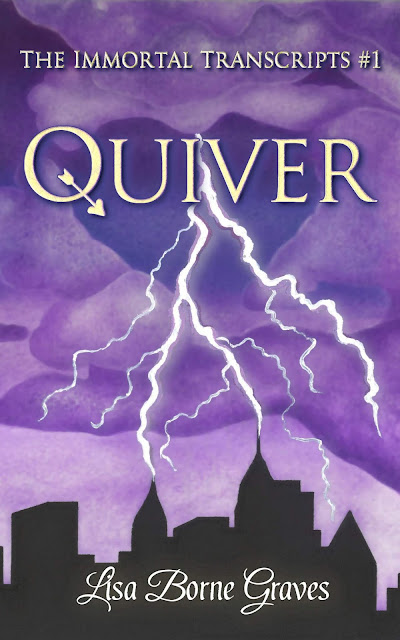 from Authors 4 Authors Publishing in February 2020

What would you do if you could live forever? Could you hide it from the one you truly loved, especially if her life depended on it?

Thanks to his dysfunctional Olympian family, Archer Ambrose finds out firsthand how difficult this can be. He never falls in love but bestows it on others—until he meets Callie.

When Callie Syches moves to the Upper East Side to prepare for her father’s impending death, she doesn’t expect to meet the boy of her dreams. She also never believed her father’s harebrained theory about myths, but her uncanny ability to “see” uncovers godly secrets Callie can hardly fathom.

With an immortal family demanding absolute obedience, how far will Archer go to protect his love from the storm the gods will unleash upon them?

In this reinvention of Cupid and Psyche, experience an electrifying series where familial and romantic bonds are at war, and knowledge could mean the end of everything…or a new beginning.

Inspiration:
As a child, I was fascinated by genealogy and heritage. My ancestors were pretty easy to trace, most of them immigrating in the late 1800's--well, my paternal side. My maternal side is a bit tricky with a great-grandmother who married under a false name and a biological grandfather who left his family. But the one thing that we were sure of was my great grandfather was from Greece. I felt this connection to Greek things from a man I had never met. My grandmother told stories about him that heightened my interest and Greek mythology in school sucked me in. Ancient Greece was this amazing place to me of learning, stoicism, and moderation. Greek Mythology always stuck with me and I had read all of the classical texts by the time I graduated college.

Then one day after failing to finish my first attempt at a novel, I decided I needed a writing prompt. I opened one of mythology books for inspiration and flipped through the love stories. The Cupid and Psyche myth stuck out so I decided to write a few pages thinking I would put the myth in modern times, but after 6 pages, I realized what came out wasn't re-imagining the myth in modern times as I intended, but bringing the gods with all their "pasts" into the present as immortal beings. So as much as this is based on Greek gods, the story itself is fresh and doesn't fixate on the creatures seen in movies but on that human quality and fallibility the Greeks instilled into their gods.

So now, 16 years after I started it--long story of rejection, life, and putting it aside to publish other works--I bring you The Immortal Transcripts.