It's that time of year. New Year's resolutions. Eek! Agh! Noooo! Tons of people joining the gym, starting diets, determined to begin that hobby they always wanted--and they never stick with it. Resolutions aren't a bad idea in theory: you leave one year hoping to make the next be better than ever, but only a determined breed stick with major life changes they insist they will make. What I mean is I could make a ton of promises to myself to change my life, but we can't change at the flick of a switch, the dropping of a ball, or the chimes of Big Ben. Major life changes must evolve. 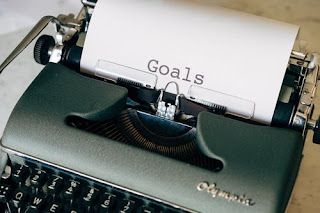 So if no resolutions, then what? Goals are my thing. Targets to aim for. The difference is the "aiming" not "resolving." Not only is reaching to hit a target less daunting than a forceful decision to change--I mean, "firm" is part of the definition--but but it also makes me strive. When I reach higher and higher, I tend to make it on the wings of savage determination. When I try to force a decision to do something, I reject it or fall into self-loathing when there is failure. This year promises to start off difficult, so a new year feels intimidating.

Case in point. Rewind to 2012; "I'm getting published this year" resolution. Spoiler, I did not. I had a baby and stopped querying, being too busy and after some almost-made-it moments that fell through.

I told myself the self-punishing lie "I'll publish this year" until roughly 2016. The end of that year, I decided not to cheers to it. I wasn't giving up. I was shifting my goals. "I will one day be published. This year, I'll try to write two novels and maybe try to query again." I had a specific goal in mind, but not a resolute outcome stamped with a expiration date, not one that put formidable pressure on myself.

2017, without this anxious self-induced pressure, I worried that I wouldn't do any writing or querying--foolishly equating anxiety with drive. But once I stopped getting anxious and started fixating on the positives, I changed as a writer. There was more joy in it, experimentation, beauty. I might've queried less than 10 agents that were rejected or ignored, but I wrote two novels that year.

2018 came with a "If it happens cool and I'll try, but whatever, one day it will" mentality. On a whim I entered an anthology competition and two pitch days. All three works became published. After years of trying and then relaxing about it, I stumbled into the industry. 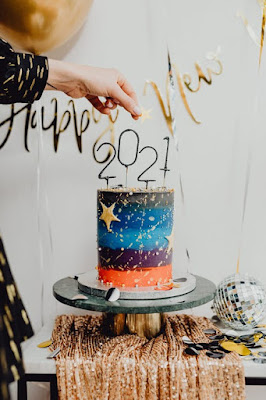 Call it luck if you will. I call it "evolving mentally," a slow adaptation of my mentality in life. When I took the pressure off myself, and I simply enjoyed life, and didn't stress out over my dreams, I got what I wanted. I'd like to think I became a better writer because of it and that it showed. I stopped trying to make things perfect, uniform, sellable. I went for more me, more authentic, less controlled. I stopped plotting if that tells you something.

I'm not suggesting everyone do this. We're all different, but being Type A in life and letting go when it comes to some things--like being a writer--is the most glorious freedom I can give myself.

I have no resolutions this year, only loose goals. I have a couple editing deadlines, but that can't be helped. For the remainder of the year, I want to finish a novel that was almost halfway completed and maybe work on another. If I don't, that's fine. I have the following year.

Have a happy New Year no matter what lies ahead. Let yourself evolve, not resolve to change at 12:00 am.