Tales in Publishing: Hypothetical Drivel About the Future

Yeah, if you came for educated answers about where everything is headed in publishing, I do not have them. I am only half-well researched on the topic, but there are two major newsworthy things going on that should concern us and will shape the industry over the next few years or longer. First, the controversy of Amazon practices exploiting authors on Audible and KU. Second, the aftermath that could occur from the Simon & Schuster and Penguin Random House merger, where the Big 5 publishers will become the Big 4 and the "Mammoth." (using that name endearingly, I might add, like a wooly mammoth).

If you're a bit lost and new to writing or publishing, here's a recap from my former blog about the three main publishing paths:

Traditional publishing: a legitimate, prestigious publisher releases your book to the world. “The Big 5” refers to the huge publishing powerhouses in the US—Hachette, HarperCollins, Macmillan, Penguin Random House, and Simon & Schuster
*note: these 5 conglomerates have imprints, meaning smaller houses they run that might be genre or reader-age specific (for example, Hachette houses Disney and Hyperion labels)

Small/indie presses: independent publishers, pretty much every publisher outside of the Big-5 and their imprints who are not a self-published label, a vanity press, or a publishing service.
*note: often referred to as indie publishers for "independent," people lump them in as indie yet traditional. I have given them their own group here as I feel they are in between.

Self-publishing: an author publishes a book themselves 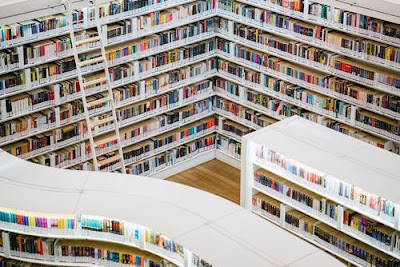 So What does this mean for the above avenues? From a writer's perspective, agents would probably query the Mammoth first for all those lucky enough to land an agent. Once that is exhausted, the other 4; once that is exhausted, small presses. Nothing much different than what goes on now except seeking the coveted god of publishing and being severely depressed when they reject your MS. Basically, traditional options could dwindle.

More traditional speculation? More mergers to compete could occur. This would be bad as there would be less Big publishers and only a couple massive ones. Good for their pockets and economic security, but bad for authors. We need as many avenues as possible. Mergers could mean the drop of imprints, of genre specific or age specific fiction. We have seen this already with Covid and with this merger. Of anything I will say, the drop of imprints is the most likely because it is already happening as the first cost-saving measure.

Or? Will the Mammoths destroy them by buying them up once finances are in order to have imprints or put them out of business by reopening their own imprints? I don't think small presses will be affected by traditional reestablishing imprints, but I hope for a rise in small presses to compensate the loss of representation authors could face with traditional dropping them. Again, authors will need more avenues.

But what about self published authors? Well, they're already riding their own Mammoth: Amazon. Two futures here. Amazon will remodel their business to stop exploiting authors--they made effort recently to do so (many say it's not good enough though), or they will continue their practices of also pushing their self-published authors over other authors on their site to compete with the new traditional Mammoth. This could create a 2-way market and path for readers and authors which would devastatingly lower options to publish and keep great books out of readers’ hands.

The point is, the more options authors have, the better for them and for readers to get a larger variety of books, particularly genre driven. We should want as many publishers out there as possible, as readers and authors. There's a reason the US is against monopolies. If we are not careful, we could head there.

In the end, I know nothing. These are all hypothetical concerns and ideas I've concocted or heard other authors worry about. What do you think will happen?