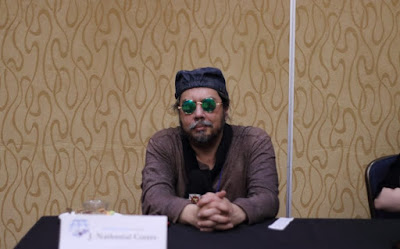 J. Nathanial Corres is a poet and author, and his website says, "Aye, lass. I am That Silver Tongued devil." 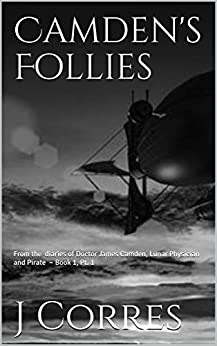 The early 1900's. The turn of the century. Doctor James Camden prepares to head to Africa and study with an old army surgeon as he strives for his degree in forensic pathology. However, unbeknownst to him, he has been recruited for another more dangerous adventure. Operation Endeavour Space was conceived in secret by the British government after funding the studies of professor Haimish McTavit. McTavit, a former sailor in her majesty's navy, had discovered some ground breaking and mind blowing artefacts in the ruins of a Mayan temple. These discoveries proved that other worldly aliens and ships that traverse the stars were more than possible – they were, indeed, fact! Now, man's first journey into space is about to begin. What wonders and dangers will they encounter? The tomes of the first astronauts pointed to many a scientific or medical breakthrough, but they also warned of many perils! Can doctor Camden and his human associates survive such possibilities? The adventure begins here...
Check out book 1 of Camden's Follies 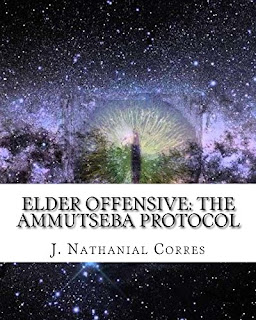 Venoshia 3 -
It's been 10,000 years since the Unified Earth Alliance had been established. 20,000 years since humanity has taken to the stars to fight overcrowding, petty warfare and human created famine and disease. Multiple solar systems had been claimed, fought for and settled in the name of the old countries for which they represent. The Empire of the Human Race was teetering on the brink of all out civil war and rebellion... until now.
On the last planet on what was supposed to be the first system of multicultural existence an ancient alien people are discovered to have existed. An alien race older than humanity had lived here and told of a great catastrophic event that had occurred and could happen again. However, little did they know that supporters of the malignant beings of the previous incarnation of the universe still existed. They waited for aeons in the shadows to act and were almost on the brink of extinction until the discovery on Venoshia 3. In a last ditch bid for power, a cult of those beings that began on old Earth quietly waited for an opportunity. Then, as if the Elder Gods that they worshiped had heard them – a key was found. A device that once activated called across the fabric of time and space and not only activated its twin in another dimension, but awoke the ancient evil that is the Elder Ones or Elder Gods ruled by Cthulu.
Now, the race is on for a small group of Unified Earth Rangers and Special Forces to find and destroy a total of 52 keys in 30 days before a great gate is opened and the host of dark forces led by the Elder God Ammutseba would once again spill forth into our universe and destroy all in their path. Everything depends on Sergeant Arthur MacReady, Captain Pisti Aklonkonous, the alien beings – a Quartal named Ahk – Setnusam and her half – dragon and half – gryphon friend Ornaclan and the people in their command to navigate an entire planet, survive armies of horrific creatures and human collaborators and stop this ancient evil.
Check out book 1 of Elder Offensive
Tales from the world where dragons and humans. Where, for the most part, such encounters are rare and wondrous!
Check out book 1 of Scales and Hearts

What inspired you to write this story?

"It's been in my mind for ages. I've always been a tad peeved at how heroes of the silver screen always had a girl in every port, planet, etc and no consequences. I was also of the mind that they should have something other than an altruistic motive to be heroes."

Completely agree. Any hero stereotype can get annoying, so I'm glad you're diverging away from that. What is your preferred category and genre to write? Why?

"I write in a Steampunk Sci – Fi genre. As to why? It's been a favourite genre of mine, Sci – Fi, and I've truly enjoyed the idea of Steampunk so, I thought why not."

I love bending genres so this sounds fascinating. What’s next for you?

"A Dragon anthology. I really am a bit late on that subject after having written the first volume already. I will be completing my Horror/Action piece as well and maybe work on another poetic collection as well."

Wow, love that you've mastered so many genres! To keep up with Joe and his works, check him out on the following places: