The DNF Debate: When Do you Stop Reading?

When Do you Stop Reading?

Recently, as a reader, I've been in a slump. I rarely have a DNF (did not finish) novel. In fact, I used to finish everything I ever started for the most part. Then I read a book that was so badly written it felt like I was staring back at 14 yr-old me (no offense 14 yr-old writers, but personally I wasn't the best--explained below). This DNF was way back, on my first Kindle. Although the book I read was awful and research led me to finding out the author was my age at the time, 23, and self-published, it spurred me to actually write a novel. So every DNF does have a lesson for us as a reader and writer.
During my adolescence, I had written short stories and screenplays, doing well with plots but not sharp enough to pull off descriptions and POV to my higher standards. This DNF was my first that I can recall. As a broke college and grad student after, I went for cheap or free books. That was probably a mistake. Some goodies go on sale at times, but otherwise I started reading reviews to weed out some.
I do have to admit here I've got older and pickier about books. After degrees in English and becoming a published writer myself, I see the work that goes into it. Recently, I added an extra vetting step: downloading samples. There have been a lot of samples that deterred me from buying, particularly recently. And I have bought a few anthologies where 1 or 2 novels in them have becomes DNF, although the rest were enjoyable. 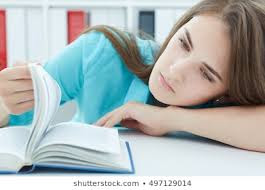 So what makes me DNF or not buy? (in no particular order):
Terrible grammar--
I mean terrible, like sentences with 2 or more errors and maybe 1 sentence a page I have to read 3 times to make sense of it. It turns on my grading brain and I correct it so I understand it clearly. I recently downloaded a sample of a novel and it lacked commas and shifted tense so much, I became lost in time and what was happening.
Descriptions--
Now this could be subjective but I can't get sucked into a book if things are overly described, like I don't need to know the level of details when describing exactly each needle on a pine tree branch. So much description slows down pacing. Then again, it could be worse to not have enough. In the same example above, the author also had someone leave the room then he talked as if he was still there, but the part where he returned was missing. I like to call this the Goldilocks rule: description should be "just right."

The dreadful lull.--
All stories have a lull. Constant action can make someone's head spin. However, if the scene is not propelling the plot forward or character growth, it is wasted pages. This one book I recently read, I made it through 2/3. It had amazing world-building, a fantastic action-packed beginning, then a slow burn romance that sucked me in, and then...it fell flat. I keep trying to go back to it, but I keep falling asleep...literally, unfortunately.
Pacing--
As part of description and lulls, pacing can also be affected by other elements in the story involving the plot. Sometimes books move too slow. Sometimes that bores us. Sometimes they move too fast. Rarely have I heard people complain about page-turners, but I've read a few fabulous ones that I wish went into more depth with the characters and narrative.
Character, POV, narration--
I'm putting these together since they overlap so much. I've read books that lacked in point-of-view, meaning I put it down after the character made stupid decision after stupid decision but we never had her thoughts to know why. I also didn't finish one from a famous author because the narrative was so purposely emotionless and the character was an anti-hero but bland. When his life was on the line, I found I didn't care if he die--and I'm usually a very nice person actually. I realized as a reader that I need to connect to a character or the world. I've tried this book 8 times now--it is long, but I've made it to the 2/3 mark.
False advertising--
I recently read a book that was a DNF for sure, but I made myself read it to find the plot promised in the synopsis. Let's call it a "I wish I DNF." The cover art and the synopsis were intriguing, reviews were in the middle, and I skipped a sample because it was 99 cents for just one day. Big mistake. The premise given happens at the 62% mark from the character who you didn't see since the prologue. I finished to a cliffhanger. I was half a book plot-wise drawn out and boring. The false advertizing? The book blurb told pretty much the entire story.
There are more things I think that bother some readers, but if I go into more it would be personal preferences or genre based. From this exercise, I think I've learned two things. One, a couple of these used to be my greatest weaknesses, so no wonder I notice them. Two, your book seems to be safe if I make it through the 2/3 point. Most likely I tend to finish because the writer at that point should be building towards the climax of the story. That is the point a reader should find it impossible to put down, and so I won't.
What makes you DNF a book?
Labels: amreading amwriting bad books DNF reading readingcommunity writing community WritingTip ya readers