YA Review Double Whammy: The Heir, The Crown

The Heir
The Crown

After reading the Selection series, I fell in love with America and Maxon. When the story ended, I bought the extra short stories and found them enjoyable, for the most part. When the next two books came out about another selection, I was excited--until I read a sample. It didn't wow me. I hated the protagonist, Eadlyn--America and Maxon's daughter and heir. Not eager but not able to ignore it, I put the two books on my Christmas list and they were bought for me. They sat on my shelf. Then, I found out the series (at least the first 3 books) are being made into a TV series. I was excited and wanted to reread the books but had lent them to a friend prior to the pandemic. Then I saw the spin-offs on the shelf and just had to read them.

I can't mince my words on this one. I didn't like them. Note my subjectivity in the sentence prior. I'm not going to say the books were bad, as I'm sure lots of people liked them, and they were well written. I personally saw so much potential in a spin-off and this didn't deliver for me. To keep this short, I'm going by categories I normally look at most (lumping the books together in one commentary). 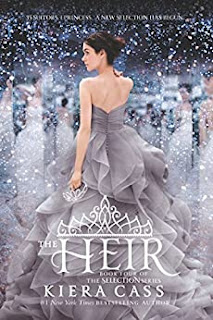 Characters: Eadlyn, the protagonist and America and Maxon's daughter, was god-awful--an entitled, conceited brat who was self-centered, clueless, and cruel at times--the big B-word. I knew the character would arc for the better (oh, it takes loooong), but I was more annoyed that my favorite characters could raise such a monster. First stab a America and Maxon. Her siblings are flat characters. Understandable for the younger ones since they are not central to the plot, but her twin brother, Ahren, was bland. None of the suitors in the selection are appealing to her or the readers, but the person she chooses is so vanilla that I was annoyed. I guess this is the win for nice guys who normally finish last, but he was so dull and basically Eadlyn will continue to be the little tyrant she is over his life instead of a kingdom. America and Maxon are week, clueless, seem much older than the pushing the 40 they're supposed to be (I'd know), and in comparison to the first three books, they're flat; instead of continuing and developing these characters, they are pawns for the plot of Eadlyn. Second stab at my favorite characters.

Plot: Um, so Maxon and America are exhausted from running the kingdom for 20 years? They managed to mess it up so bad the people hate them? The plot alone makes no sense and dismantles the entire point of the first 3 books. Another dig at my favorite characters. There's a random villain that she is too naive to know is bad, but he seems like a thrown-in cameo. There were also so many "surprise" cliches thrown in. I knew who she would pick 1/3 through and was bored and annoyed when it came true. I really wanted it to be a story where she fell in love with her friend, but it started too early then just stopped, fizzled out without explanation before she went for Mr. vanilla. She destroys her entire kingdom pretty much and all the work her father did to fix his ancestor's wrongdoings of the castes.  Basically, she throws the towel in for love, although it might be because she doesn't want to do her job. This turned into a character bash again, so moving on. 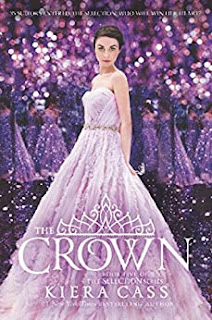 Message: It was pretty straightforward in the Selection--equality--between men and women, the rich and poor. In these last two books, I grappled for meaning (and I have degrees that taught me how to dissect even the most difficult literature). Follow your heart is the only thing I could think of. It's a nice sentiment but to follow her heart, Eadlyn destroys the legacy of her parents and by that, I mean the first 3 novels.

If I could give the first three books of the Selection 6 stars out of 5, I would. They inspired me and influenced my own writing. But the successor? Nope. I would have to give it a generous 3 stars because it is much better than some books out there, but that's not taking into account how she destroyed my vision of America and Maxon. I need to reread their story to get my America and Maxon back. On a chipper note, I can't wait for the TV show!
Labels: amreading bookreviews ireadya readingcommunity writingcommunity YA lit YA literature ya readers YAbooks yaromance