Writing Tip: How long does writing a book take?

How long does
writing a book take?

This question came up on Twitter by a nice guy who had a lot of free time because of the pandemic. He wanted to fulfill his dream of writing a book. He had a poll that asked how long it took to write the first draft of a novel and in it the choices were 1) under a month, 2) 1-3 months, 3) and 3+ months.

Well, most of the #writingcommunity was nice and supportive, but there was a lot of sarcasm and insistence that it must take years for a first draft of a book to be quality. Remember, he only asked about the first draft, not start to finish. One person said nothing good could come out of a novel written in under 1 month. I simply posted (not with that comment because the person might've attacked me) to the main thread that I have written a first daft in a month when I wasn't working (this man admitted he had lots of free time now too), but normally takes me 2-3 months. Taking in the responses, I wasn't alone in being a quick writer, even though answers did vary from 1 month to 15 years. 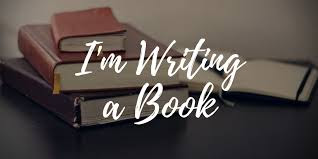 It ruffles my feathers when authors make ultimatums--and tell a novice--when it comes to advice that realistically hinges on the individual not some set formula. Instead of engaging with this person who inadvertently called people's writing like mine inferior, I decided I would create a blog post in response.

First off, we are talking first draft, and the man's post made that clear. If you are a writer who has a messy first draft (guilty), who is a pantser, meaning no plotting or limited research included (guilty), time on your hands and write every day (I don't work in the summer), and your first draft is usually about 10-20k words shorter than your final draft (obviously describing myself), it is easily possible to write a 60,000 worded manuscript in 1 month (I've slayed NaNoWriMon's 50k in 3 weeks, working full-time and being a mom). Do the math: that's 2000 words a day. I timed myself once in a group writathon and hit 4,005 words in a hour (that's 66 words per minute--when going for a typist job that I didn't get I took their test and clocked 75 which wasn't good enough). I could write 2000 easily a day because theoretically (without interruption, lol), I could write that in about a half hour. I type fast to keep up with my brain which thinks super fast, and I see my story as a movie I must record. All this speeds things up, and I hardly consciously think or pause. Therefore, Twitter person, I can write a book in a month--first draft. And it probably won't be as rubbish as you proclaim it must be.

On the flip side, the person whose first draft took 15 years might have had limited writing time, life obstacles or setbacks, a slower or normal paced of typing, and maybe had writer's block or a lack of inspiration. It happens. Also, some genres need more research than others before a writer can start--historical and sci-fi, for example. Some people plan a lot, take their time. But to insist that someone's work is inferior because they are too quick or too slow is not very understanding of all the different practices and approaches to writing. I think the person who was having a go calling fast writing inferior misunderstands the idea of a first of many drafts. This writer might be one of those authors whose first draft takes a couple years but it looks like my draft 4. They may be an edit-as-you-go type writer.

For me, I simply write, then I have two revision stages of sometimes "killing my darlings," but mostly adding, doing research to fix things, or add detail, like "street in New York" turns into an exact intersection after referring to a map. That takes me about 2-4 months on top of that 1 month it took to write. If that is what this person considers a first draft--everything put in up until line editing, with no additional content or words added--then it takes about 5-6 months for me. But to insinuate my speed of my now published books must be inferior to one's own because they took more time to write than me shows a willful ignorance or a snobbery towards one's way being the only right way.

This is one of many posts I have made defending my methodology of what I believe are good books. I know a lot of fast writers who are great. I know a lot of slow writers who painstakingly plot every beat and character arc out, who edit as they go who are great. Never could I distinguish merely off the book itself whether it was created quickly or not. That is what editing is for.

So let's stop giving ultimatum advice to newbies. Let's support new aspiring authors who want to fulfill their dream and say exactly what the quite more knowledgeable Twitter folk did tell this man--everyone is different and it takes as long as it takes. In short, don't worry how long, enjoy the process, and even more so others should stop judging authors who don't write the way you do.

To put it all in perspective, my local writing group only allows in authors who plan to publish a book within a year (self-pub or contract in hand), as they deem that the line of a serious writer. "Serious," however, is not a mark of talent, but of ambition and time. "Ambition is critical"--Twin Town
Labels: amwriting aspiring authors authors bookwriting first draft how long does writing a book take WIP WritersLife writing writing advice writingcommunity WritingTip writingtips