I was asked through two different avenues to do a lecture for the community through the local library and the university where I teach. Since my writing group got the library to house our workshops--that sadly won't happen due to the COVID-19 pandemic--I decided to collect my thoughts here as my lectures at the university might still happen in the fall. I also wanted to pass on the information the public won't get to hear in person.

A few people from my writing group tasked me with discussing publishing. I have researched publishing for about a decade--my, it is ever-changing!--and I've published 3 novels (2 more are with publishers now) via a small presses (the traditional route sans agent). I have some experience with agents as well, despite not choosing that path. I will also discuss self-publishing, something I have learned a lot about from author friends, particularly my writing group.

Let me preface this by saying the most important thing you need to know about publishing that some authors argue about endlessly: which path toward publishing is the "best" way? The fact is there is no best way to publish, but different routes that subjectively depend on a person’s preferences for costs, control, and goals. I'll be presenting pros and cons of each over the next few weeks including my own stories. This week is an overview. I will also break down each path as we go. Today, I want to focus on the most important aspect: avoiding scammers. 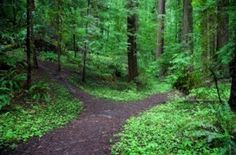 Traditional publishing: a legitimate, prestigious publisher releases your book to the world. “The Big 5” (or uh, 4 now) refers to the huge publishing powerhouses in the US—Hachette, HarperCollins, Macmillan, Penguin Random House, and Simon & Schuster
*note: these 5 4 conglomerates have imprints, meaning smaller houses they run that might be genre or reader-age specific (for example, Hachette houses Disney and Hyperion labels)

In short, lowest royalties and control, but the best experts given free of charge, higher sales and exposure; the path to becoming famous. Extensive research and long process to find an agent who will make the deal for you; from getting an agent to seeing your book in print roughly is 1-2+ years

Small/indie presses: independent publishers, pretty much every publisher outside of the Big-5  4 and their imprints who are not a self-published label, a vanity press, or a publishing service.
*note: often referred to as indie publishers for "independent," people lump them in as indie yet traditional. I have given them their own group here as I feel they are in between.

In short, higher royalties and control than traditional, experts on it free of charge, but lower sales and exposure; extensive research for ones that have everything you want, roughly 6 months-1 year from contract to publication.

Self-publishing: an author publishes a book themselves
In short, highest royalties and control, but author must do it all (or must hire help) for publishing process; can be free but can become costly (depends on talents, hired assistance, and preferred quality one wishes for), extensive research needed, but instant publication once it is ready. There's something that was called "hybrid" publishing. I don't like this term as the definition simply is something between traditional and self. With tons of small presses popping up, this definition is too vague. A legitimate publisher, even if small press, shouldn't ask for money. A "hybrid" these days is more like a service you pay for that helps you get your book in a publishable condition and format with the intents to self-publish. I warn anyone who is contemplating paying for any service through someone calling themselves a publisher to do your research. There are two kinds of these companies and others that fall in between them, making it difficult to see the difference between a great company and a scammer.

Publishing services—these are legitimate companies who help authors with any publishing service, usually a-la-carte, in order for someone to self-publish a quality, professional book. Authors can choose marketing, editing (levels of editing), and/or book cover design, etc. They take no royalties and should not lock you into a contract after payment is met. To tell them apart from scammers (below), they are transparent about what they do, how they are not publishers but help you independently publish, and about their rates. They are pickier about manuscripts, meaning if it is too much work for those rates, they might suggest having others read it and help you get it more polished before submitting. Here is an example of legitimacy (they have an ethics award): https://www.palmettopublishinggroup.com

Personally, I did submit to this company when they had a tier system that they don't do anymore (they were bought over and became a service connected to a bigger publishing company). I had sent my manuscript in during the transition, so they had to tell me they wished they could've published it, but they were now only a service and offered me amazing rates. Instead of going for it, I queried elsewhere and the book was published. You can see the novel here. I thought they were courteous, transparent, and professional.

Vanity press/publisher—these are scammers (for the most part) who prey upon inexperienced people who want to publish or use publishing services to self-publish. They pose as “real” publishers but escape legal implications because they say they do charge for their service. They accept almost every manuscript they receive because only a smaller pool of people will be able to afford their rates. Some will pose as more honest and give you a quote, only after you pay that, more is needed. Some authors never get anything back from them (after they do this to too many people and receive threats and poor reviews, they create a new website and name). Others do the service to avoid being sued, but give poor quality (ex. $1500 for them to run it through the free version of Grammarly that you can do on your own). The most “legitimate” will perform all the editing and book cover services for high rates and “market” it by placing it on their website, but care little for the quality of the content. They can take royalties and might have a contract that drops you after so many years and allows you to self-publish it; this is to avoid too many bad reviews with their name on it. The plots get deeper and scarier. If they say they are a publisher (rather than a service) and ask for money up front, DON’T DO IT!  Here are 8 red flags to look for: https://www.wiseinkblog.com/self-publishing-2/8-signs-your-publisher-is-a-scam/

I recently looked into a situation for someone and what I found in the contract was full of terrible traps preying on those who are inexperienced with the industry. Bottom line: if you can afford to pay these people for their services--thousands of dollars, 5k+--you can hire a lawyer first to tell you they aren't worth the money. Never sign a contract you don't fully understand.

Everyone's path is different and scammer versus legitimate services are hard to discern. If you feel uneasy at all, please don't go with it.