Writing Tip: How I Pants (part I)

How I Pants
(part I)

A gauntlet has been thrown (it was a friendly one). I have been tasked with the impossible. This will be an attempt explain the methodology of this pantser's "plotting style" into an--dare I say--organized model for those who aren't sure how it can possibly be done. I'm going to use my novel Fyr as an example. Spoiler: I probably will fail because there is no real organization when you write by the seat of your pants.

Step 1: Learn the fundamentals
Through a vigorous and absurd amount of reading from the age of 3 (early reader), I learned a lot about plot, characterization, world building, etc. I have the fundamentals. I also went to school for them, snagging degrees in English and Dramatic Arts, then went on for graduate English. I teach composition, including grammar. Basically, my brain is like a database of books and writing knowledge. To pants well, I think you have to to have all the basics ingrained in the brain or become a master at making major revisions and edits. Because of this wealth of knowledge, I never consciously think about plot points like crises and climax or rising and falling actions, nor where my character is on a character arc. These things just show up; the same goes for symbolism, theme, etc. Everything appears like magic--or osmosis, you pick.

Step 2: Be inspired
There are many ways I come up with ideas for manuscripts. It really is just an idea, and I sit and write the first scene that comes to me. In the past, stories have been triggered by walking through my first castle, a term I saw in a book once, wanting to reinvent a myth, a dream I had, something in the media, a world problem, etc. ANYTHING can trigger my imagination at any time. 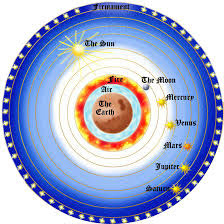 For my novel Fyr, I went in with the concept of "celestial spheres" which is an archaic model of the solar system when they believed there were elemental planets. I decided the setting was the Fyr planet. That was all I had, no rendering of what that planet was like and magic came later. No characters in mind, except I knew--because I write YA romance--I'd have a teen girl and guy. Other than that, I had nothing planned out about them.

Step 3: Start typing
Exactly that. I just keep that concept in my mind, and if I am able to write at that moment, I form a scene like in a movie and just write down what my imagination creates. If I don't have the time to write, my imagination plays it over and over again, rendering detail until I do have time to write. My characters were faceless, and now they have eyes, noses, body types, styles, personalities, etc. Where do I start? It varies. Sometimes I start with the inciting incident where my hero and heroine cross paths, sometimes my MC's first crises, sometimes setting up the conflict. Usually I have no exposition, as I don't know my world or plot yet. Sometimes, I don't even know my sub genre. I just write and find out who my characters are, who and what I'm dealing with.

If you read my Celestial Spheres: Fyr, the ogling in the dress shop chapters were the first two written. Toury calls Alex out for staring, and I decided on the spot he was a prince so her offense would be bad. The staring had to be a big deal, so the setting would be like our past and propriety important. Not knowing who he was meant Toury had to be new, so previous chapters were later written to make her from Earth reinforcing a fantasy sub genre. Again, this was not conscious, but came out, my imagination filtering it toward reason. I always work this way, allowing the first few chapters determine the sub genre. I now have dystopian, fantasy, and paranormal romance novels out. 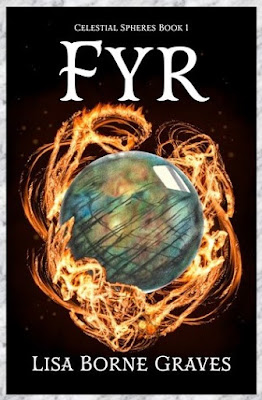 Step 4: Assess
After a few scenes/chapters, usually by five, I pause for a few minutes to asses what I have written thus far. I have established my characters by now and their conflicts and motivations. They were hatched somehow by the muse in my brain that shows me prophecies--I mean scenes--that I record down. I ask myself, What sub genre is this? Where is the setting? When? Do I write this down? No. I go back and weave these in by writing the exposition which ends up being anywhere from two to five chapters (depending on how much must be established before my characters meet or the conflict begins). My exposition includes answering one simple question: What does the reader need to know to get to the part I've already written? Magically, my brain pumps out scenes that subtly work in the necessities, world building, character introductions, etc. in very interesting and entertaining ways. When I catch up to what is already written prior, I fully fly into pantser-hood.

In the beginning of Fyr, someone had to connect Alex and Toury and be responsible to force Toury to a new world, so enter his cousin Ruby. Also, to leave Earth and not be homesick for it constantly, I had to make Toury's life not worth going back to. This helped in her character arc too. I had to put a ton of pressure on Alex's shoulder in order for him to make some terrible choices later and not appear to be so bad my readers would hate him. I also had to introduce a villain, so she was born. Again, I'm analyzing my work in hindsight now. These were not conscious decisions: as I typed, they came out.

Step all the time: Go places
Not literally. What I mean by go places is I skip around to wherever I feel the urge to write. Did my mind pick a perfect ending? Write it! Now the first crises came to me? Go there. Climax chapters are building up in the brain? Let them flow. No rhyme, no reason, just untamed imagination flowing onto the page.

I explained I went from inciting incident to exposition. Then I went all sorts a places in Fyr. Of course, my couple got together too soon, so I had to insert some complications and give her some education about the world and time to acclimate, push them apart, and things happen to push them together. These were all written in a random order, so I can't remember exactly the pattern. I do remember the climax and resolution was finished around the halfway point.

Step now and then: Mental checks
How do I keep track? My brain has the entire book (and other WIPs) in it. I can pull up any scene and review it. I can evaluate the plot without seeing the written words. I amend where I will go by mentally logging into what is already there. I day dream about it. I dream at night about it at times, getting leads to what should happen next.

Step lost: I have no more words.
At some point the words stop. I look down and realize I'm somewhere between 60,000-80,000 words. I look back through quickly and create a few transitional chapters for lack of a better word to gel the whole puppy together. Then I realize there are no more words because the story is all told. This is the end of the pantsing drafting stage, where it creeps into revision.

This became way more detailed than I thought it would be so next week, I'll continue to describe the revision process as I'm curious where plotters and pantsers will meet up in the end. Join me next week when I finish up, and if you want to check out Fyr, click here.