The story builds just as the power does in Lucas--a slow burn building into an eruption of action, soul searching, and sacrifice.

Lukas is your everyday teen living on a farm with friends and a loving family, but he also can practice druid magic. Not a big deal, until his world is targeted by evil of apocalyptic proportions starting with taking away almost everyone he loves. While his townspeople go missing, he expands his skills under a brutal master preparing for a war for the world. He and his friends, along with his mysteriously ancient master, suit up against a demon army that spews forth from the farm where he had been raised. According to his goddess of light, he is the protector and perhaps the only one who can close the portal and banish the darkness. But can Lukas overcome his confused feelings for Sabine and the weakness she creates in him? Can he conquer the rage he has for everything being taken from him and his goddess asking too much of him? Or can that love and rage, the light and shadow, save the world? 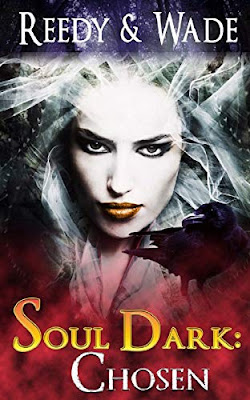 First off, Reedy and Wade have a unique writing style that people who like popular literature--aka page turners with minimal description or depth--might not get into right away. Having read a few quick reads lately, it did take me a moment to get into the storyteller narration--someone is telling the story of what happened in the past to Lukas, and we are privy to teaspoon snippets of the present. As soon as I got used to it, about 10% on my Kindle, I became hooked. There is nothing wrong with page-turning books, but this surpasses that with such lovely detailed world building and characterization. It slowly builds and that was a must because so much emotion is involved, pulling you in as much as they pull on your heartstrings. Despite the concepts of a goddess, druid magic, and demons, this fantasy novel is imbued with real teenage life including a love interest, best friends, and people coming together to fight against evil in that classic theme I absolutely adore of good versus evil. Only Reedy and Wade are clever in making it no so clear cut. Who is this Dr. Teo guy? Is Lukas truly light? Or does his rage lead him towards the shadows?

You can check it out for yourself here.