Series Thoughts: When to Stop


I love writing and reading series, but have you ever read one and it just went too far, taking something you loved and destroyed it? I have, but I would never mention names. This seems to happen in romances, particularly young adult literature.

Before any young adult writers go into attack mode, I'm one of you too and love the genre. When I discuss "series" in this post, I'm referring to continuous storylines with the same characters. My question is, is there a magic number of books that is suitable? Or is there a line we shouldn't cross? I don't think there's a clear-cut answer. Although I want to leave it as the old expression, "as many books as the story needs," I've seen authors surpass that. The story is beautiful and could wrap up nicely and then bam! Here's another one ruining the happily ever after, and we'll throw in some love triangles and an arrogant jerk we're supposed to prefer over the man we had just fallen in love with in the prior book. I may sound mocking, and as a reader I am. As an author, I am most likely guilty of these tropes too, but I never want to take a series too far.

For example, I have a YA fantasy romance series that I decided to keep as a trilogy (Celestial Spheres, book 1 Fyr is available here). Why did I choose a trilogy? Because the plot of their world and their conflicts all wrapped up nicely in three books. To add more, I would have to destroy their relationship. I had already thrown so much troubles their way that inventing something huge would be contrived and piss off my readers, so I won't even try to. I have pondered on spinoff series with a family member, other spheres--since this trilogy takes place on a fire planet--but again, I feel like I'm flogging a dying horse instead of inventing new beauteous things. I may come back one day, but for now, it's wonderful as is and will be done. 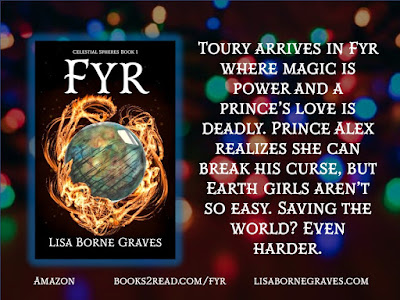 I have another series, a YA paranormal romance, that looks like it will be five books (The Immortal Transcripts, book 1 Quiver can be purchased here). It has three main characters, lots of side characters, so plenty of plot which will carry me easily through five books. My characters' love lives will take up all five books, because their love ties directly into the more political plot of how they are impacting the world around them. Sometimes it is what happens around them that is important, rather than just the romance aspect, and sometimes my main lovers take a backseat to others' love stories. Sometimes familial relationships and friendships are the more important part. Basically, it is so complex that it warrants five books without repetition or contrived plot tropes.

Last, I have a shelved YA fantasy romance series where I was four books in, thinking it would end up as five. I wondered if there was too much love story, too many tropes and relationships, meaning I put too much into books 1-4 and should spread them out. Does this series warrant seven books so my MCs' relationships appear natural in terms of time span? Do I dare take it that far? 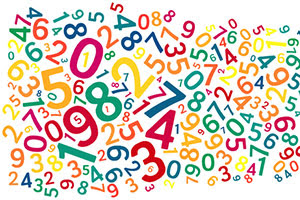 I had always seen the magic number being five, that crossing that line in a young adult romance can cause issues: characters aging out of the category, too many cliched tropes, repetition, contrived plots, reader boredom or lack of funds, etc. As a reader, I usually lose interest after five. I have the annoyed mentality of--"what now?" I've only actually made it through a few YA romance series that were more than five with the same characters, the rest I quit after about book three and reading a sample of the next book, cheated by looking at the blurbs, or asked others if it was worth it. In most cases, I ended up refusing to invest more time and money into the series because I was annoyed it sounded dragged out in contrived ways. I don't think I'm alone in thinking this; with so many good books out there in the world, why waste time with a series that no longer wows you when you can move other ones that do?

So writers and readers, what do you think the magic number of novels is for a YA romance (with the same characters) series? Where do you typically like to cap it off?

If interested in any of these books, you can find them here. You can follow me through this link for notification of future novels too.
Labels: amreading amwriting readingcommunity romance series writing writing advice writing community ya readers young adult books