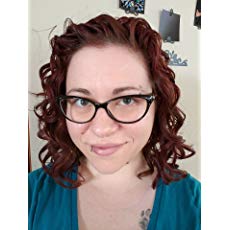 When she isn't writing, Deidre works full-time in the local shipyard, decked out in safety gear and getting her hands dirty. She lives with her family in the Pacific Northwest, enjoying the changes in seasons year-round. When she isn't working either job, she's catching up on the stack of books on her dresser, kicking it with her children, or playing RPG video game

With Jeff Young’s fantastic grades, he should be a great tutor. But he’s terrible with human interaction. “You’re an asshole,” is not a unique phrase to him. Jeff’s all right with that. His past proves most people are assholes.

Even with his reputation, he takes it too far when he uses a textbook to save the track star, Braeden, from a goose attack. Braeden is everything Jeff is not. Tall. Charming. Has 20/20 vision. And would never, ever wipe his mouth after a girl kisses him.

Braeden insists on getting to know Jeff. Jeff vacillates between wanting to know him and wanting to punch him in the mouth. Then he discovers the darkness rippling beneath Braeden’s deceptively easy-going persona. As Braeden confides his secrets, Jeff does the one thing that’s socially suicidal:
He falls in love with the very popular, very straight Braeden Britely. 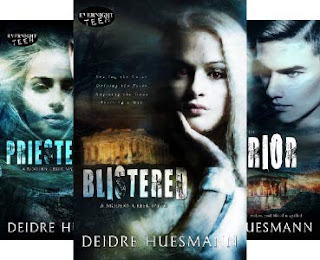 Azalee wants a home—one that isn’t a cold, dirty prison deep within the earth. Even if she wanted to escape, she can’t walk in sunlight. Her skin will burn and flay, blistered by a god.Defying the FatesJoel wants to get her somewhere safe. Both are outcasts, shunned, and forbidden from taking proper Greek names. He breaks her out of an underground prison, and they flee toward Mykonos.Angering the GodsThe battle-worn Kurios sends Niribelle after them. She’s gorgeous, she’s cunning, and she seems to have a thing for Joel. She arrives armed with Hecate’s magic, and blessed by Aphrodite’s beauty.Inciting the WarSoon the three teenagers discover one horrifying thing: Mykonos will be no paradise.

Check out the trilogy bundled here.

SECRETS OF THE SEQUOIA trilogy 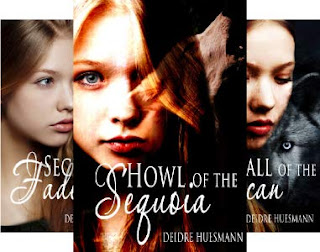 Devastated by her mother's terminal diagnosis, Rachael struggles with day to day existence as her family's cheerful facade splits stitch by stitch. Amidst her crumbling home life, she manages to make few new friends. One in particular, Holden, makes her question if she can even consider love while her mother's life hangs in the balance.But Aaron Moreno, a lycan alpha, has a another idea: he wants to introduce Rachael to his and Holden's secret lives. And if what Holden says is true, Aaron will have no regard for what havoc this will wreak upon Rachael.

Check out the trilogy bundled here. 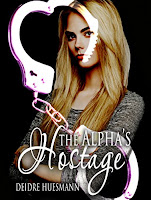 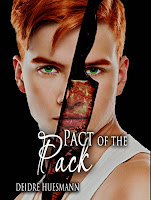 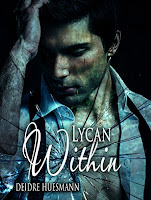 Six years have passed since Rachael Adair last saw her older brother, Jackson. And for good reason—Jackson is now a lycan, and since they age slowly, he has to move frequently lest the humans catch on. When he excitedly calls her and offers a flight for her to visit them in a big city, Rachael jumps at the chance. She's delighted to see her brother, his pack, and of course the alpha she fell in love with: Aaron Moreno.

But when she lands in Las Vegas, Rachael is kidnapped by a new face from the pack of an old "friend;" her first love, Holden Cavanaugh. Holden is now the alpha of a group of poly-amorous betas, and he has every intention of convincing Rachael to join him.

After killing Aaron, of course…

What made you become a writer?
"I can’t really say. I’ve written stories ever since I got positive feedback on a story about my guinea pig in second grade. But I kept at it, to the point my grades suffered in high school… and for me, it’s more than a passion. It’s a calling. I write stories I wished I saw more of as a teen, and even what I wish I could see more of now. There is a lot I want to say to the world, and story form is the easiest, most productive way for me to express those thoughts, especially through fantastical settings and means."

How has the querying process gone for you? Any tips?
"I’ve been querying for at least four years now. At first I didn’t get any positive responses, but each year and each new project I get more and more interest from agents. Small presses like Evernight Teen have seen merit in my stories, for which I feel grateful, but I’m always aiming to get an agent and punch my way into the Big 5. For the past year I’ve fallen into this weird pattern where I have no fewer than 5 agents reading one of my works at any given time. So it’s a lot, a lot of rejection, but each full request has been a valuable experience overall.

"As far as tips, if you have a predisposition to taking criticism well, the process will be much easier. I have the grim joke that ever since someone told me to kill myself over my writing in my teens, no agent can possibly reject me in a way worse than that person. It’s important to remember that agents hate rejecting. I follow a lot of them on Twitter, and it’s surprising to see how many of them lament near misses or take abuse for rejecting an author.

"In short, keep querying, keep writing, and always be graceful no matter the answer. Being grateful for feedback as kept many an agent door open to me, and I’m at the point I can query the same agent with a new project and almost be guaranteed a positive response to read. In this industry, it pays to be kind and gracious."

Marketing is vital for authors. What works best for you?
"A mixture of Facebook ads and organic interaction on Twitter. FB nets me the most traction for my money (and it fits my tiny budget quite well), and Twitter has flooded with other positive authors who are happy to cheer you on. Cultivating a positive audience helps. But the other thing is behind the scenes—I keep writing, I never accept my craft as perfect, and each new book I release has done better than the last."