In Response to the Attack on Pantsers

to the Attack on Pantsers

We need to have a talk. Our wonderful community is usually very supportive and kind, but as of late, there have been vitriolic camps springing up within us. Often I see writers questioning or rejecting views about writing that are unlike their own, reminding me very much of politics. News flash. Your writing methods are not the "right" way, nor are they the only way. They simply work for you. Writers are a diverse group of people who can crank out a book through different methods to achieve the same result: a good book.

I'm writing this in response to a Twitter incident where an author, who shall remain nameless, wrote a scathing post attacking pantsers--that we should label our books as not plotted, so she could avoid buying them. You can imagine the backlash. What was more unsettling were the people who agreed with her. They were dragging great authors through the mud for bad endings and other sins they insisted were only "pantser problems." 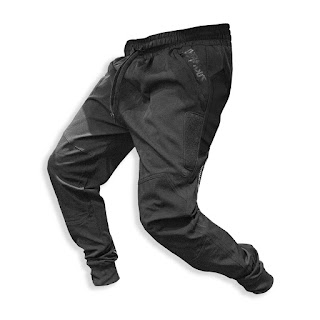 Here's the real problem: these opinions are not at all grounded in logic. Unless the woman who posted her comment had asked every single author of the books she disliked and received and answer that confirmed their writing process, she is committing the logical fallacy of faulty causality. She is saying a pantser must write a poorly plotted book because they don't plan ahead. She takes no account how much editing and revising goes on, how people's imaginations and brains can work. This author's comment equated pantsing with lazy writing which is not the case. If you write for pleasure or profit, if you write at all, you are not lazy.

Another obvious problem is she is attacking a group of people. Never a good thing to do. I would guess she was purposely doing this to garner attention and followers, but it appears she actually didn't expect backlash of this magnitude. How could someone be unaware that insulting others might not be a good thing to do? It's a blindness of some, a lack of empathy. Some of us are unable to place ourselves in others' shoes to try to understand them. When we can't understand it, we reject it. After the rejection, we scapegoat it or blame it for unrelated things. This is what happened. A lack of empathy is part of the human condition and the enemy of diversity. Unfortunately, I see this daily in how my special needs child is treated by others, including adults. 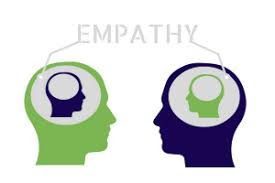 So let's force empathy in this situation. I'll put you in my mind with a quick overview of my "evil muse" pantsing methodology. The best way to understand my mind is that my brain is wired like a computer that has five browser tabs running at all times fighting for control over my attention. If I must do a task, I open that tab, but the others still run unconsciously in the background. One tab--or sometimes many--is always my imagination. When I sit down to write, I pull that imagination tab that has been running in the background and go into hyperfocus. I see a scene in my mind and it plays out like a movie; I simply record my imagination transferring it into words. I don't think about the words, about the plot, or much of anything. I simply write. I call it the "evil muse" because it feels like that, a possession, my imagination overtaking me completely and calling the shots. After I finish that scene, another follows. When I hit a dead end, I skip around. Maybe one day the ending comes to me, I write that. Next, a great opening scene springs up. There is no order, only inspiration. There will be a point where I feel done.

In the end, there are only a couple small plot holes, and I miraculously see that I have character arcs, symbolism, foreshadowing, etc. and a SOUND plot. Haters will scoff at this, but if you have the building blocks of writing down, they can become subconscious. Of course, I do revise and edit, but the majority doesn't change much. This is how my mind crafts. I pants because it works for me, not because I am unable to plot, but simply because it is not as effective for me. So writing community, let's move back to supporting each other, strive to understand others, and make a more harmonious place that embraces diversity of every kind. Instead of rejecting a method unlike ours, let's seek to understand it. As I tell my special needs son daily--some of us are different, no better no worse.