YA Book Review: The Inevitable Fate of E & J

The Inevitable Fate
of E & J


The Inevitable Fate of E & J is an interesting story about past lives echoing into the future, showing great potential.

Elizabeth and Jimmy, former childhood friends who had a fallout, suddenly and inexplicably are drawn to each other after she turns sixteen, despite her having a boyfriend. Aside from this intense attraction, they have strange dreams, phantom pains, and hallucinations of what seems like someone else's past. Their personalities begin to change as well where Elizabeth casts aside the fake popular life and Jimmy works to prove himself worthy of her. Their love seems to blossom until a psychic tells them they must stay away from each other or something terrible will happen. They must decide whether or not to play it safe and break up or to risk everything for love.

There were some great things about this book and some things that I was not a fan of. Let's start with the cons, as there are only a couple. To me, the dialogue at times felt contrived, like an episode of Full House--you know, at the end, when everyone talks about their feelings/problems and sort through them calmly and therapeutically. Although this information is great for teens to read and emulate, people rarely sort through their feelings/problems easily and not everyone can spout out self-help advice to others who will calmly listen. I admit, since he had been through years of therapy, that Jimmy could have this allowance in his thoughts, but these heart-to-heart aloud conversations were a bit frequent to be believable. Second, there was repetition of characters' thoughts in the narrative. For example, both Jimmy and Elizabeth think about their fallout several times, rendering more detail each time about what happened, instead of just having one of them reveal the details earlier on. This happened with a couple other things in the novel as well. However, neither of these issues detracted too much from the overall enjoyment of the story. 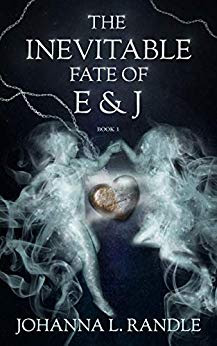 The pros of this novel outweigh the cons. The concept of the entire story was neat and unique. One could say I've done a spoiler by explaining the past lives concept but this is clear in the first couple chapters. I love dramatic irony, so seeing the characters grapple to figure it out, when readers already know, keeps us turning pages. It makes sense it would take them a while to figure it out since the supernatural would never be anyone's first assumption, making this pretty realistic. I liked the character of Jimmy. He had a great backstory to explain his maturity and good nature. He was sweet, adorable, easy for Elizabeth to fall in love with. I disliked Elizabeth due to her treatment of Jimmy, and even though she acts like she's not comfortable with the superficial crowd she's in, her actions are very superficial. However, there is a great character arc where she changes for the better due to these past lives and Jimmy's positive influence over her. I love a good character arc and this one was done superbly. The dual POV was done well and the characters were believable. I'm a sucker for romance that has he said/she said views and this was done in an engaging way. Last, although I was not a fan of the self-help dialogue, the psychological aspects and understanding of therapy is well studied or researched--the author definitely knows what she's talking about. And I can see, despite my qualms for realism, that this would be beneficial for teens to read and sort out their feelings in positive ways.

Overall, I was delighted by the novel, and on learning this was a debut self-published novel, I was impressed with the execution (and I'm highly critical). I would recommend people give this novel a chance, particularly due to the entertainment value mixed with a fantastic price. Pick it up here.
Labels: book reviews bookstoread indie indie author paranormal romance past lives readingcommunity writingcommunity YA literature YAbooks young adult fiction