Writing Tip: How this Pantser Operates

How this
Pantser Operates

If you're not up to speed on a huge aspect of the writing community, there's an ongoing discussion about being a plotter or pantser. A plotter plans the writing process out, a pantser flies by the seat of his pants, planning nothing. Of course, most writers fall somewhere in between. I'm writing this post in response to a curious author's desire to know how a pantser actually writes. I could not explain it properly on Twitter in limited characters, so here we go.

Many plotters have asked how a pantser can possible write the way we do. The other way around is pretty easy for us pantsers to understand because plotters plan things out. True, there are many varying methods of how to plot, but these things can be researched or understood through different aspects of our lives--planning a trip/vacation, a child's birthday party, etc.--life is full of planning. But if you plot, you wonder how the hell pantsers are able to just write like these weird muse-driven demons. I'm going to explain my process with examples from how I wrote my novels. Forgive me being vague, since the first example is not out yet. Interestingly enough, they were written ten years apart so you might see how my methods have altered or stayed the same. 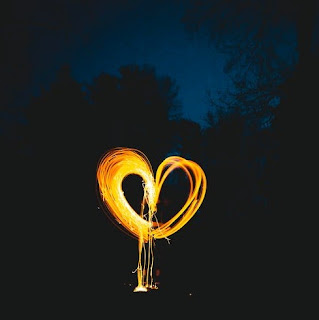 I had always planned out my writing when I was young but these were short stories or screenplay-type stories. My first two attempts at novels were planned out and left unfinished. I just deviated off the plan and ended up ruining them or getting stuck. I decided with the third attempt, I would simply use a prompt and plan nothing. I reread a Greek myth, hoping to recapture it in modern times, which is kind of cheating since the general plot is technically outlined. I sat down and started writing. I realized what I quickly ended up with was not a myth retelling, but a whole new story that used Greek gods alive today creating new stories. I kept on writing, not knowing myself what would happen next.

To describe the experience of one's mind when writing without a plan--I see my characters beginning to act out a scene. Perhaps in the back of my mind I know boy meets girl in this chapter, so I envision them in my mind as one would a movie. I don't have much control. My imagination plays the movie scene, and my fingers are busy recording it. I have little thought to the words I'm writing (that's what revision and editing is for), but just record this movie as quickly as possible. After I'm done that scene, I flesh out around it with needed info to make it a nice rounded chapter. I repeat this process.

Surprisingly, when I went to revise this completely unplanned manuscript, I recognized it had a legitimate plot structure and great character arcs; it was as solid as it would be if I had planned it all out. I did add a few chapters in here and there to connect my pantser scenes better, but then later on took a couple out. I do think a lifetime of plotting, reading many books, and my degrees in English did help me unconsciously write a solid plot, so if I tried pantsing without a background in writing, it might not have turned out so well. Regardless, I was onto a method that worked well for me. 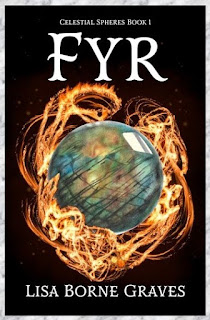 After I'd written quite a few pantser manuscripts, a couple published, a couple put aside for another day, I decided I wanted to write something new. A term popped into my head: the celestial spheres. I knew it was the ancient way to understand the universe, so I thought, maybe I could do a historical paranormal series. When I researched that term, I immediately knew I'd be writing a fantasy--not my strongest genre. Fyr is an elemental planet people had believed was there long ago, so this "planet" would be my setting. I was a no fantasy writer, so I pondered on whether to change genres or go with my instincts. Then I had a dream about a prince who had fire magic. One of my MC's was born.

I just started writing. I wrote his first chapter which inadvertently established his conflicts and that of his land. It would be too overwhelming to unload the entire land on the reader--one I hadn't fully developed yet--so knew the female MC would need to be us--someone entering this world unaware and learning. I added her chapter in before his. After that, I just wrote. I wrote scenes out of order, the climax before the middle, the romance peak and problems next, and exposition chapters last. I was stringing together scenes that my imagination ran like a movie again. A romance formed, lots of death-defying stakes, a villain appeared from what I had intended just to be a nuisance or roadblock character, and side characters became a bit more important inadvertently setting up plot threads for book 2. Checking back through, I had to add some transitional chapters between these scenes which opened more depth to my world building, but overall, again, a solid plot was there, character arcs were present, and for the first-time I had decently built a world. Fair play, the publishers did have to help me with a few aspects of my world, but as for plot, again the pantser method had worked for me.

What I hope I explained here was how this chaotic process can come together to make something brilliant. And I hope I clearly explained how my muse-driven imagination works by seeing the book play out like a movie, not thinking of words or plot points to get down. I hardly consciously think at all when I write. But I do think a lot when revising or editing. As always, the pantser method is no better or worse than plotting everything out. It is just different like all of our minds are, and if our minds are different, then it makes sense our imaginations run differently. I hope I shed some light on how the pantser brain works. Would any other pantsers like to add their methods, as I'm sure we all write differently?
Labels: amwriting aspiring authors authors creative writing pantser plotter writers life writing writing advice writingcommunity WritingTip YA novelist