New Adult Review: With Me Now

With Me Now, by Heather Hambel Curley, is exactly what a new adult novel should be, but I wasn't a fan of the ending. In a book category that seems to lack a definitive definition, this novel is a prime example of what New Adult should be.

The story follows Madison Monroe on a rocky start where getting in trouble for underage drinking dashes her plans of going on an archaeological dig that would set her up for grad school. Feeling like her life is over, she instead is shipped off to Gettysburg, PA, for a routine dig. Only nothing is routine about the dig, nor her ability to see and hear the dead. Things are complicated by her dig team, including Mike who she is beginning to have feelings for. With the help of her paranormal friends, she unearths a discovery that could be the making of her career or might just end her life.

Overall, the characters were relatable, lovable, and the protagonist was normal, strong, but beautifully flawed. I'm a bit unsure about the overly stereotypical gay guy, as I felt he was too over-the-top. He could be real, and perhaps I'm being too sensitive, but I felt he was more a cliched stock character rather than a unique individual. The love interest as well was adorable but bland. I found I liked this because he was realistic and he was given some PTSD issues that made him unique. I wasn't exactly enthralled by him, but it was refreshing to see a guy who wasn't the hero type. Mike doesn't brood, condescend, or save her. Madison can get herself out of a situation. 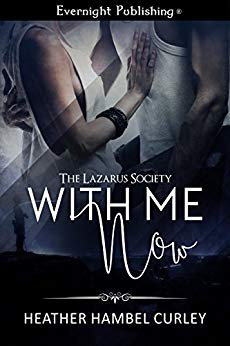 The love story is great, as well as the plot. The scenery of Gettysburg gives you that historical and realistic vibe. It was obviously well researched when it comes to location and archaeological digs. Details were painted out well for the reader enabling us to picture it clearly. The paranormal aspects with ghosts was cool and weaved well in with the romance. The sex in the novel is not blatant or pornographic, but quickly told without any cheesy or crude detail. It was executed better than I have seen in other NA novels.

The biggest drawback for me was the bad guy and the end. Without spoiling much, I didn't understand the bad guy's motivation. Yes, I understood what the author was trying to execute, but it rang false. And I don't want to spoil the end, but the protagonist acted out of character, was honestly being stupid, and everything could've been prevented with a phone call. When something could be prevented by something simple and the character is normally intelligent, it seems like a plot cop-out. I had absolutely loved the novel up until the end. However, if you like a dramatic end and do not mind a character acting rash, then you would love this book.

Overall, it is worth the read and I thoroughly enjoyed it. Although it's ending and villain could be fleshed out or planned better, this is a prime example of what authors should do with a NA novel when it comes to romance, sexuality, setting, plot, and a heroine. Anyone interested in history, romance, or anyone who wants to write NA should purchase this book here.