In the theme of changing up reviews, I'm tackling four short stories today. As a precursor, I should say the only short stories I normally dealt with in the past were capital-L literary fiction which I teach to students. Okay, every now and then there's a romance novella, but these novellas get to do more than short stories because they can be half a novel length. In short, I kind of didn't know what to expect when reading contemporary popular fiction short stories. Spoiler alert--I was pleased with them. 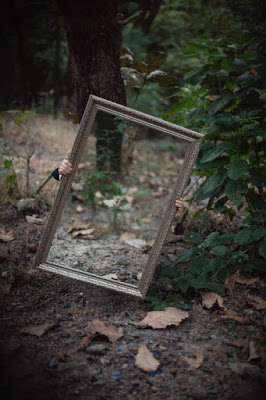 Seeing Through Him by BC Marine--This story sucked me in right away. It's an amazing Beauty and the Beast type story imbued with nuances of subtle magic. A man with the power of invisibility he can't control is forgotten by others. A girl who has magical charisma but refuses to use it and instead perfects her work as a mirror maker crosses paths with him. Romance ensues. The tale reads like an abridged novel, so I was left wanting to draw out every part of it more. I hope the author expands it to a full-length novel one day.

I Loved You Tomorrow by BC Marine--This story was interesting. Unlike the former story, this reads as a short tale. There's an interesting grapple with seeing the future, a concept I love to dwell over. What would you do if you foresaw you spouse and your entire lives together and then suddenly met him/her? This story tackles that and all the awkwardness it would bring when said future spouse can hear your thoughts.

The Measure of a Princess by Rebecca Mikkelson--The style of this tale was refreshing. Told in a mix of contemporary language and fairy tale adage--Grimm comes to mind--a princess is summoned to compete for a prince she doesn't want. This hardcore feminist poses her servant as her sister in hopes to trick the prince and no more could be said without spoiling an amazing twist that dropped my jaw in equal amount of shock and appreciation.

The Princess and the Frog by Renee Frey--I do not think I ever wrote this or will again, but the coolest thing about this story was a frog's point-of-view. Okay, he's really a human in a frog's body, but he's been a frog so long the narrative from him felt uniquely half human. The plot of this one and how it unravels does call for an entire book. I wanted the prequel--to see him become the frog--and to draw the action and romance out a bit more. However, there is already a beautiful tale of love, betrayal, and redemption all within few pages. 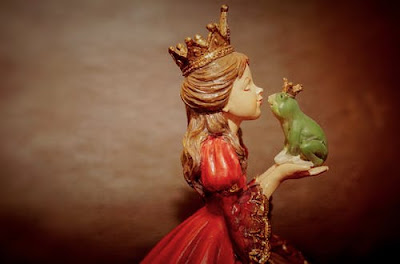 Overall, I realized, I've been missing out on a genre of short stories. I didn't think I was a short story person or that I'd enjoy a romance short story. A lot of short romances get into the nitty-gritty right away--not a fan. These stories don't cross any lines like that, but portray a beautiful or painful lesson of love that resonates even after you put it down.