YA Book Review: The Rare


YA Book Review:
The Rare


The Rare, by Diane Anthony, is just that: a rare find. It is a YA story full of social issues regarding mental health weaved into an interesting tapestry of blended genres.

The story begins with Olivia (Liv) Sloane waking up after a failed suicide attempt and then her grueling stint in a mental health hospital. Losing the will to live is directly related to her terrible health, lack of quality of life, bullying, and poor familial relationships. The only person who she has a meaningful relationship with is her buddy in the unhealthy trenches: David. David has a wild dream to flee the city because he wants answers or to see there is somewhere better than a city with fences, thick fog, and killer-acid rain. Only when they do escape, everything they've ever known about themselves and the world they live in is called into question. 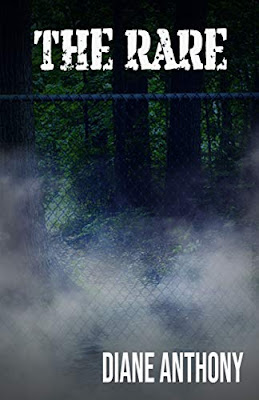 The multi-genre plot is refreshing. There are hints of social issues concerning bullying and suicide, Sci-fi/paranormal elements (can't explain that one without spoilers), action-adventure, dystopian, mystery, and little glimmers of a future romance. Although the suicide is the opening and is a bit of a downer, the book isn't as dark throughout. Anthony wisely begins after the act, and as readers we do need to see Liv at her lowest if we want to see character growth. The plot is great, but readers should know they are not getting a stand-alone novel, as it abruptly ends. Needless to say, the cliffhanger makes me want more, so it works wonderfully. I think as a whole series, it will be fantastic. I'm excited to see where it will go next. Thematically, it is impressive too: the symbolism of her nickname "Liv" = the desire to "live" is just one of many deeper meanings. This is truly a--although unconventional--coming of age story of strength, hope, and growth.

What truly truly carries the book are the characters. Liv is well-rounded, not at all a YA stereotype, but your realistic, average teenage girl. Her mental health issues are told in a way that are not melodramatic, but numb, making the whole situation easier to read about and hauntingly realistic. Watching her transition out of her darkest hour is an astounding journey. David, despite his poor health, is a ray of sunshine, optimistic and sweet. His transition (being purposely vague here) is interesting as well as Liv's observations about him. Together, they balance the mood of the book. I wasn't a fan of Liv's mother, with her unloving, selfish, immature, inconsistent behavior, and overall terrible treatment of Liv, but acknowledge it's necessary for Liv to agree to run away, for her character arc, and as another underlying reason behind the suicide attempts. Other characters that crop up vary in their realistic temperaments, personalities, and are consistent throughout, so I have to assume Liv's mother's mental instability and inconsistent character are purposeful and will better explained in later books. In this book, her mother is shrouded in mystery which works for now.

Overall, the book is an interesting, genre-bending read that takes readers on a roller coaster of emotions, all while being entertaining. The only hitch I found is that I have unanswered questions, but that was craftily done to hook me into the series.