It's a Book!
World, meet Apidae

I am overjoyed to bring to you my debut novel, Apidae, which was released November 30th. You can purchase a digital version here and a print version here.

First, the best feeling ever--okay, well the second best since the first is getting your novel accepted for publication--is seeing the cover. I try not to have any expectations about the cover and refuse to let myself picture it. I trust in those who the experts, the graphic designers. I have a feeling, I'd accept any cover as long as it wasn't cheesy, but when I opened the mockup of my novel, Jay Aheer (Evernight Teen Publishing's graphic designer) did not disappoint. I absolutely love the cover. The hint of characters at the bottom is just what I wanted since it still allows the readers to picture the characters how they see them. The warm color palate and the hint of the background alludes to the setting of a pivotal scene (no spoilers). I love the font which is very computer-like which is fitting as part of the story hinges on the transportation of sensitive data. The colors are warm and yet dry and brittle, like the lingering hope in the desolate world I've created. The bees help explain the title...it's perfect! 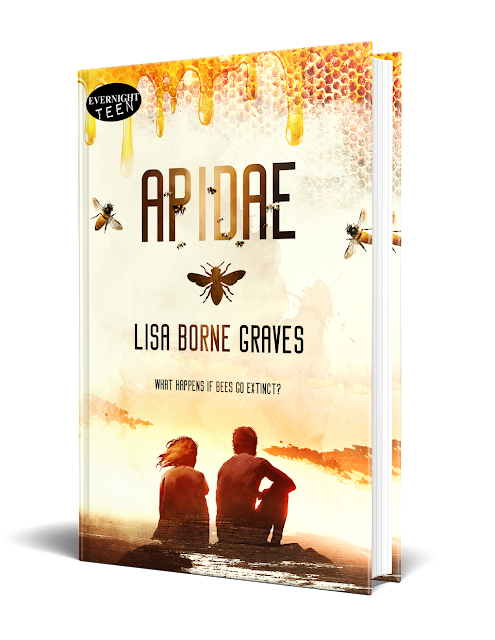 Also, as part of marketing, I decided to make a commercial. Not having used PowerPoint in this way before (totally rethinking lesson plans now that I got creative), I was at a loss of how to use music, find properly sized photos, etc. all while trying not to break copyright laws. I tried to go the easy route. I found a very helpful man out there who has made template commercials for authors and downloaded one free. I had planned to change a couple things to make it fit for my book but found at first it was difficult. It took me a while to get the hang of it and then I wouldn't stop perfecting it. I had way too much fun making this ... in the beginning, that is.

Had this puppy ready to go but when I transferred it into movie format, the sound was lost. I tried multiple things, Googled the subject to death and there was no solution (except really long-winded, ridiculous fixes). I tried Windows Movie Maker which said it was free and made a great ad with music, but you can't download without paying. Should've seen that one coming. So I decided to upload the video into iMovie instead. Then I realized that iMovies has a much slower pace for graphics than PowerPoint which made it painfully long. Lots of cropping happened and I was sad to see some of the transition graphics go but timing was more important than pizzazz. Next, the music selection was extremely limited to be honest. I searched and found apps to download royalty free music to transfer into iTunes, but nothing worked. Last, I simply went on iTunes and searched for royalty free music, bought a song for 99 cents and uploaded that. Here is the result.

In all, the creation was fun, the technology was hindering, but the end result was worth it.