Tales in Publishing: The #PitMad Path

Tales in Publishing:
The #PitMad Path


Since my first novel was picked up through a Twitter book pitch day, and I'd also sent out queries to a second novel that went unanswered, I thought, "Why not give it another try?" So one morning when I saw another Twitter pitching "party" in my feed, I went for it. This one was called #pitmad which is a day authors can pitch their completed novels to agents and publishers in 280 characters or less. If they like it, you send them your query. You also rewteet to help fellow authors out so they'll be seen more. 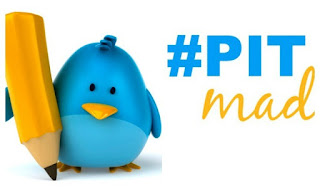 I got so involved with retweeting for other authors, the day shot by. I was kind of disappointed by midday when only one "agent" liked my novel. When I clicked on this person, I found out they were "helping" people self-publish, meaning a vanity press. Vanity presses are companies that take unsuspecting authors' money with promises of helping them get their books published, when in the end the author spends sometimes thousands of dollars for editing, covers, etc. and then gets little to no promotion. The problem with vanity presses is an author has no idea the quality they'll give them, potentially wasting money on terrible editing, for example. Yeah, I wasn't falling for that.

So I went offline and came back later that day to find I had two hits, one for each novel! I was excited, but my excitement turned to nervousness and indecision when I found out they were both new publishers without much of a track record yet. New doesn't necessarily mean bad, but there wasn't much about them on the internet. Sending material without a legal copyright to someone is like sending your kid to a babysitter who doesn't have references. It terrified me.

From what I was able to find, one company sounded great with decent royalty rates and was registered with Duotrope as legitimate. The second had some negative comments from people in a forum (but I couldn't sign up to see, for some reason) and standard royalty rates, but the lowest end of standard. I also realized I'd never have the time to edit and market two books simultaneously.

In the end, I decided to go with the first one and hold my other novel for a later date. I sent in my query letter and the first three chapters they asked for. Then right away they wanted the entire manuscript. Once they had that, their reader blew through the 200+ novel in two days unable to put it down. They told me they loved the book but needed to have a video meeting to discuss some things. 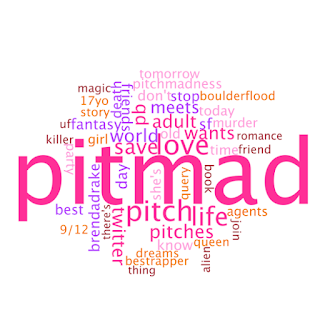 I was nervous. But the day the meeting came, they simply had a couple questions for me about my novel, some things they suggested I further explain or alter. Fortunately, with this novel I agreed with them; I knew this novel could do with one more revision but struggled with it, needing that outsider opinion. At the end of the meeting, they officially asked to publish my novel and I couldn't stop grinning. Not only was I happy to have a second novel getting published, I was also happy with my decision to go with these publishers. They're very personal and hands on, by doing everything in person through Google Meet, and are really after helping authors put forth their best novel. I obviously signed the contract with them excited for this venture.