Tales in Publishing: The #Pit2Pub Path


Tales in Publishing:
The #Pit2Pub Path

Every aspiring author wants to know the secret to getting published, as if there is some close-held pact between published writers to keep it away from the rising competition. Honestly, it's not that way at all. I've found other writers are my best champions, in fact. Why published authors most likely don't share with aspiring authors is because there is no magic formula for getting published. There are many different paths authors have taken to become published, from self-publishing and getting picked up that way, to entering contests, publishing smaller works to build up a resume, going to writing conferences, pitching to agents and publishers directly, querying agents, querying publishers, etc. 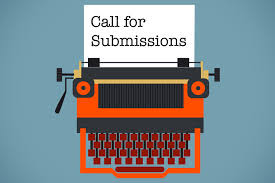 So here is my story into getting published. A while back, with a book that honestly needed work, I tried to query to agents and got some feedback, but once they read the manuscript they lost interest. The book needed work, but I also knew I needed a resume of some sort. I published a short story but then...life happens...and I finally got back to it. I searched for submission calls in my YA genre and found one that was utterly perfect. I wrote the piece, submitted, and got my novella in an anthology (see TIP: Acceptance here). It was an amazing experience, but I wanted more. I wanted a novel of my very own.

Feeling as though I had an "in" with a publisher, I sent in one of my manuscripts. It was denied. I was deflated. I had to boost my confidence up by reminding myself that there are highs and lows in life (see TIP: Peaks and Troughs here). I took to editing my second manuscript one more time when something came up in my twitter feed. It was called #Pit2Pub day. I Googled it.

It stands for "pitch to publish" and is a Twitter hashtag campaign where writers pitch their books to get published. It seems to happen twice a year usually, but that depends on whether there are enough publishers in it for the event. This is also not the only pitching event on Twitter. The deal is, you do a blurb under 280 characters with the hashtag Pit2Pub and then the genre your book is. You can do each manuscript twice an hour (but no more) throughout the day. If a publishing company likes your book blurb, you send it to them. They may even comment details of how to submit. When you submit to the publisher, you need to include Pit2Pub in the subject line of your email so they pay special attention to it. The official details and steps can be found here. 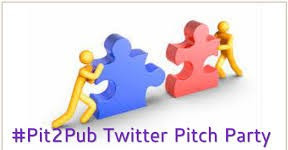 I had three books and I had to do some variations to my blurbs. Just hearing about this late in the game (there really isn't a lot about it out there on the web), I only had time to post all three books--including the denied one--twice late in the day. Out of my measley five entries, considering I could've done it all day had I known prior, one instantly got picked up by my publishers. They wanted to read my second manuscript, and unlike the first one they accepted it within two weeks of me submitting it.

I know writers who have gotten published by pitching at conferences, who self-published and are successful without representation, but my path was an anthology submission call and #Pit2Pub.

Comment below about your path whether it was successful or not. I'd love to hear.
Labels: acceptance amwriting aspiring writers book pitches Pit2Pub publishers publishing querying submission calls submissions YAlit young adult fiction