Tips for YA Lit: Heroines


Tips for YA Lit:
Heroines


In 2005, Twilight came out. It was a smashing success and movie franchise. As a grown woman, I got sucked into it. I was straight out of grad school wanting to read some fun YA fluff, tired of analyzing capital L literature. But of course, there never is the ability to turn off your analytical brain once it is well-trained. I found I abhorred the heroine Bella. I almost hated her. However, at the same time, the characterization was a marketing genius move. I admire although look down upon Stephanie Meyer's heroine. 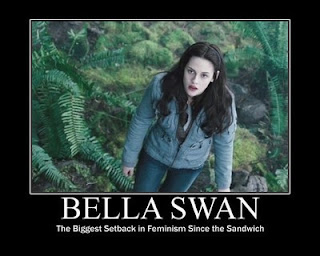 First, the story and reinventing of vampire mythology is what got me reading. But Bella Swan is weak, insecure, and lacks any personality traits except strange slang "Holy Crow!" and clumsiness. But here is the genius move: having no personality and being told in first person allows the reader to be Bella. She's a cardboard cut-out readers can invert themselves into. One could also argue a lot of teenage girls are realistically weak and insecure as they navigate towards adulthood. To me, it was overboard. She thinks she's plain and yet three guys are into her from the start. Just doesn't line up unless she is fairly pretty and thinks so lowly of herself.

This trend lasted for almost a decade and long before Bella came to the scene. The damsel in distress trope is long running. Thankfully, now strength in a girl is seen as a positive thing. Think Katnis Everdeen from the Hunger Games series. She doesn't seem to have time for boys due to trying to survive and yet the books still are laced with romance. But Katnis is in an extreme situation and so is perhaps much stronger than our average teen girl in an everyday setting.

I bring up these examples because you need to think of several things as you develop your heroine:

1. Marketability--pay attention to trends if you want to sell. Bella worked then, Katniss worked next. Research to see where we might be headed. I personally believe if you're writing contemporary YA, your heroine falling on a spectrum between these two examples is safe and marketable.
2. Strive for realism--readers need to believe this is a teen girl from her thoughts, words, to actions. Research this. Listen to them in public. A lot of the time authors will make them too innocent or young, too child-like. Others make them so mature they read more like adults. It's true some real-life teens are mature and some are immature, but you want to cater to the middle, the average girl.
3. Don't overdo stereotypes--stereotypes are reinforced by society for a reason. Having some stereotypical teen behavior will be authentic to your audience. Make your heroine unique in some ways (maybe a bit more than just stumbling a lot), but recognizable as a insider of the reader's group. 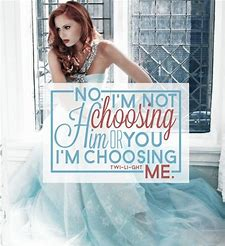 4. Or the breaking of them--But if you chose a stereotype breaking heroine don't go overkill in making her break all the rules. She won't ring true. This appears in historical romances a lot. A girl will be a feminist but comes across as a petulant, stubborn brat rather than an enlightened crusader. A great example of it done well is in the Selection series where America was a strong, real girl amongst weak or superficial girls.
5. Make her a savior as well as needing saving--this stems into the plot more but aligns with character realism as well. Humans, regardless of gender, help each other and need help. It is the human condition. By not aligning the plot in stereotypical fashion and thinking of our hero and heroine as simply human beings, you achieve equality. This is essentially more realistic than the old fashioned damsel in distress waiting to be saved (Bella) or inverting these gender roles having the heroine save the hero (Katnis saving Peeta). Why not have them both save each other and earn that "hero" part of their titles?