Tips for YA Lit: Heroes


Where heroines seem sometimes blank for readers to insert themselves into for YA romances, the heroes are drastically different. There is a bigger range because frankly girls are attracted to different kinds of boys. There are so many stereotypes that I'm dedicating two posts to males. Unlike the quandary of the heroine being simplistic and dull--too normal--boys in these novels seem to have much more to them to make readers want them. But since all girls have different preferences, what type of guy character is the best?

The two most popular heroes I've come across in young adult literature are... 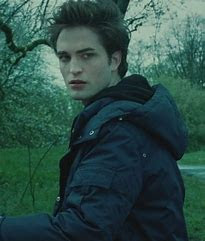 1. The Byronic Hero--this one is my favorite for two reasons. He has recognizable boy behavior that seems realistic and there always is a reason or backstory (and these vary) for why he acts the way he does. It's fun to create a backstory of your own making that gives him such depth and vulnerability that your readers swoon. Named after Lord Byron, because he was a brooder and had characters who were as well, this hero is melancholy, a bit of an emo at times, but not whiny. He is strong, with a rough exterior, and hard to get to know because he has defenses up. He usually is dark, rebellious, arrogant, the bad boy but in a less obvious way. He is mysterious and every girl wants to know him, peel him like an onion, and yet he tries to maintain his distance. Think Edward Cullen, Maxon Schreave, The Phantom of the Opera. I honestly think this character is magnificent, but the drawback I see in books is sometimes he's too stereotypical and his stubbornness is over the top and extremely repetitive. Sometimes the reason behind his behavior isn't enough to compensate for being so cruel. Critics of Twilight often see Edward as extremely controlling instead of concerned. Some see Maxon as weak and vindictive when his feelings are hurt. These interpretations are true but that makes them wonderfully "human" and flawed. The only issue I have is whether these male stereotypes are healthy for younger precocious YA readers. YA is usually written for 14+ but readers as young as 10 often read them too. 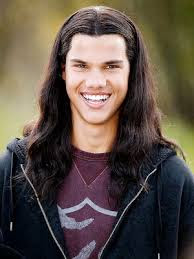 2.The Friend--this one is always great because it is so realistic. A lot of romances start off as friendships and once you get to know each other, overcome obstacles together, and are there for each other through both good and bad times, sometimes romance sparks. What is nice about these heroes is they are normal. These guys are usually funny, engaging, charismatic, smart, and accessible. The struggle and anxiety of crossing that line, that first kiss, creates exciting tension for readers as they can envision this same thing occurring with their guy friend who they may start to view as a little more than a friend. Think Jacob Black, Gale Hawthorne, Ron Weasley. The only issue with this hero type is he's not as exciting as the rest. People tend to read to escape reality, which is why it's fiction. A second is sometimes these guys lose the girl in the end misleading readers to believe "normal" is not good enough. Nice guys finish last as they say, which is a shame. Poor Jacob and Gale. Even JK Rowling admitted Ron and Hermoine probably wouldn't have lasted long in reality.

The main issue to worry about with these characters is that they are stereotypes. It sets up unrealistic expectations for younger readers. But we use them because we do find truth in them. As a writer, here's what I do to try to avoid making him too stereotypical.