Tips for YA Lit: Dialogue


Tips for YA Lit:
Dialogue 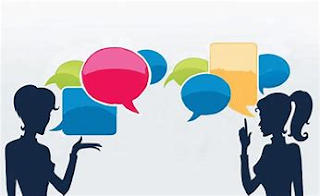 Those who know me personally acknowledge I'm a talker. One way my skills at being a conversationalist help me is it carries over into writing. I feel as if my dialogue is my best asset when it comes to my writing. Dialogue is one of the most important aspects in a novel giving it authenticity, propelling the plot along, revealing character, and more. It's a vehicle to get everything and anything across. Think Hemingway's "Hills Like White Elephants," which is all dialogue and symbolic setting; it has so much meaning through the characters' words. This is an exemplary work, but it can go very wrong for some authors. There's nothing worse than contrived dialogue where you scratch your head as a reader and think, who talks this way? Or what guy would actually directly admit that? What girl would say this? Or could the writer get anymore stereotypical? When it comes to YA, as an adult writing it, things get difficult because we aren't young and our understanding of youth culture is as an outsider. No matter how hip and in the know we are, we are not in the club.

Here are the unspoken rules I abide by when it coms to YA dialogue:

Be hip, but sparingly: "I'll pick up bae in my whip and we'll Netflix and chill."
Phrasing like this is over kill. It reeks of old person trying to act cool and speak on teens terms. If you don't know what "Netflix and chill" is look it up (so not innocent). Second, it excludes younger and older readers forcing your audience to only be in that five year high school range. Third, and most importantly, it times your piece as in future generations will not understand the slang used, even a decade out, you may not be able to sell novel. To combat this, I use it sparingly and in a way anyone can figure out, like "OMG" and "cray." It is more universal and still authentic. Another way is if you use something like "whip" in dialogue, then mention "car" in the prose following it to help define it subtly for the reader. 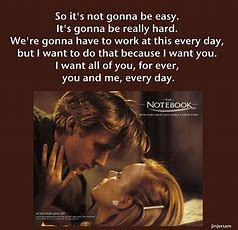 Be Realistic. Read aloud.
One of the things that will get me putting your book down and not finishing is unrealistic dialogue. As much as stereotypes suck, they exist because they are preconceived notions society has reinforced. Stick to gender stereotypes for the most part, unless the character is supposed to be "different." Guys that freely talk about their feelings usually make me role my eyes. Because of society's macho expectations, it should be a struggle for him. The struggle is far more realistically romantic anyway. Another stereotype is a girl freely talking about her feelings or issues with friends, which is a great realistic way to reveal these feelings or conflicts. To combat any off-kilter dialogue, I read aloud, sort of like a voice actor putting emotion into it. You can hear when it rings true and when it appears a bit cheesy.

Bigger is not always better! 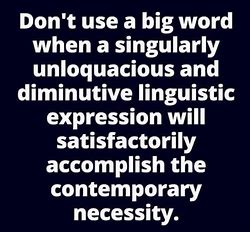 Rarely do we use huge multisyllabic words in every day speech. It goes hand in hand with realism. I remember Dawson's Creek growing up and loving how these kids were so smart and used SAT type language, but it's not realistic. I was an intelligent youth, and we dorks didn't speak this way, and if we dared we'd be bullied beyond belief. Smart people don't really speak this way when just hanging out with friends if they want to fit in, and fitting in is a huge concern of teenagers throughout the ages. To combat this, limit huge vocabulary to one or two more difficult words if showing the character is intelligent. Otherwise, save it for the prose. Even then, too many large words in one sentence actually can make your meaning ambiguous and your prose needlessly wordy (as I try to tell some students who think using an excelled vocabulary--usually incorrectly--is best). You also are writing for teens who have varying vocabularies, so why not cater to all of them instead of some kind of elite intellectual readership?

Keep it short
In real life, we rarely even spout out a Shakespearian-length monologue unless in the event of telling a story. One great thing about Aaron Sorkin's work (The Social Network, Steve Jobs, The Newsroom to name a few) is his rapid-fire dialogue, how people's conversation volleys back and forth at a fast pace. It is utterly realistic to have a long conversation of short exchanges then to have a monologue followed by another. If I read long monologues that tell and don't show (if it's not a necessary story being told), I tend to skim ahead to just get the gist of it. I want to see the reaction of the other person more than just hearing the words. How people interrelate is way more interesting than just the words they say aloud. To combat this, break it up. Even if the other person simply gives them a look or sighs, it shows us interaction. 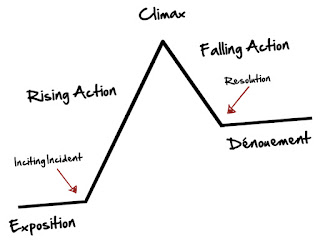 Dialogue should propel the plot forward. I like this rule but there are other aspects to look at. Such as dialogue in the exposition can show us a lot about the character without having to describe it, even if it hardly propels the plot forward. Think about TV and movies. Since we rarely have the narrator telling us things on the screen, the dialogue must reveal who the characters are and what they are like. It is the driving force of cinema since it lacks the depth of the prose a book can employ. To combat useless dialogue, make cutting it (or adding) part of your revision process. If it doesn't reveal something or move the plot forward, it can be cut.

Now that I started, I realize there are so many "rules" out there for writing dialogue effectively. I may return to add to this list one day, but for now I think these are the most effective in YA lit. Dialogue can make or break a book.