So I had my first book launch party. It was virtual, as we were doing an anthology with eight writers from various parts of the globe. I would say the experience was a learning one, exciting, and went pretty well--at least I think it did.

We each were allotted an hour to introduce ourselves and our book. I was second to last in the lineup. From the start, I realized that like a real-life party only the best friends and family seemed to show up for us, and frankly we writers probably aren't the most popular people. We hide in books and behind computers more than socialize. Anyway, it was clear when only 37 people said they were going (7 being us writers) that it looked dire. 7 people got 30 people to come online for one hour--that's not much. Considering 8 were my friends (and my mom), I felt I didn't do to bad.

In the first hour, it was clear not many people were commenting. I had prepared myself to the T and this saddened me. I began commenting on every author's segment to help things along. I did this ALL day, 5 minutes here and there. It was so simple, it was kind of disheartening that the people who should believe in us and want to help us, couldn't spare five minutes. In the middle of the day things got worse where only us authors commented for each other, one author asking if anyone was there without much of a response.

I grew nervous when my time came up. I had a post for every 5 minutes of my hour all ready, so all I had to do was copy, paste, and post. No hitches and I got a lot of responses. I had 10 people commenting throughout the hours and liking my stuff. Considering how things looked prior, I'd call it a success. I'm so thankful for those people to take time out of their day to support me.

I'm not sure the party generated a lot of sales. With these things, it's kind of exclusive to people who know you and want to read your stuff. Here's some things I think are important for virtual book launch parties.

1. Really get people to "go." I sent reminders, personal messages telling them to shift from interested to going so they wouldn't miss out. I blasted social media.

2. Offer prizes. Even your best friends have busy lives and need some kind of enticement to leave their "me" sphere to dedicate a few minutes to you. 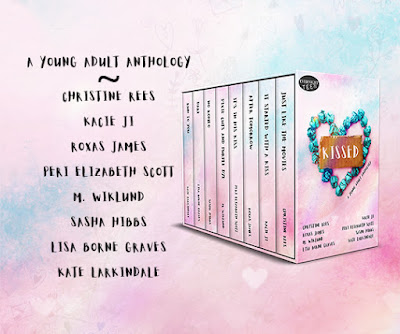 3. Prepare ahead of time. There were some technical difficulties for a couple authors that cut into their time. I tested it all out well before my turn to make sure it would go well.

4. Make sure most of your posts have an open-ended question that can involve your reader. We are human beings and love to share what we think and feel. So I had questions that asked their opinion or to tell us a little story of their own. If it's only telling them something, the most you'll get is a like.

5. Make it interesting! Aside from informing people about yourself and your book, make it interesting so people stay on there. Pictures of your characters, stock photos, lines from the book, etc. But also put a spin on it. Some authors do a video so readers get to know them. I suggest making it short. I check out of most videos after 5 minutes. I did something different. My story was called "Dare," so I had my characters play truth or dare through cute and witty vignettes. Each one asked a question about the reader being in a similar situation. These posts got the most likes and comments than my others.

These are just my thoughts, but in all honesty, I probably sold double the amount of books a couple days later when I posted a picture of the actual book on social media. I think seeing the actual paperback hits people as being real. Over a hundred of my friends liked the post (and counting), and several said in the post they bought it. From this experience, I learned that if I publish my own book I should have a virtual and real book launch party where I invite my core 8 out to my house or another venue. Although fun, I missed the human element.