A Message for
Aspiring Authors


I'm not sure why I never called myself a writer. It was as if I thought saying so would make me a phony. Or worse, if you tell people you're a writer, their next question always is, "what have you written?" I didn't have much to say aside from telling them my plethora of manuscripts I had never sent out. Now, I suddenly feel official. And as soon as I felt like a "real" writer--after signing that first ever contract--I realized that this feeling was utterly wrong.

Of course, I should be happy. I am, but I'm annoyed I wasn't happy with myself prior. My first writings were drivel that I would hide in my nightstand drawer. They were screenplays of a sort and I would be the star leading role and some hot movie star at the time would be my love interest (usually Brad or Leo). But I wasn't a real writer yet. In high school, the melodramatic manuscripts were read aloud with my friends, acting them out, and my friends seem genuinely interested in what I wrote. But I told myself this was just a joke, a play game, that they were being nice (or worse maybe making fun of me behind my back). But I wasn't a real writer yet. 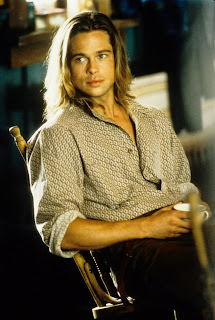 In college, I left a notebook lying around and my roommate read it and demanded more. She insisted I finish the story and was always waiting for more. There was no reason for her to fake this interest, but I wasn't a real writer yet. After I graduated and waited tables, I began focusing on novels realizing screenplays were limiting and that I could do so much more by projecting characters thoughts. I went to grad school, got a job teaching at a university, and still I wrote manuscript after manuscript. But I wasn't a real writer yet. I sent out query letters (a proposal type letter sent to agents and publishers) for a novel, and actually got three parties interested (out of like 80 queries), but since no one opted to publish my novel or represent me, I must not be a real writer. Even when I published my short story "A Jaded Life" in Circumambulations, I still felt like it wasn't enough to call myself a writer. It was only a short lived literary magazine. Only after signing that contract where I will  have a short story in an actual book do I feel like a real writer and this is wrong.

We live in a conflicting society where girls are told to be confident and that they can do whatever they set their minds to, and yet society turns around and puts women down who do achieve success. The message of "you can do it!" is too often followed by "don't get a big head!" Sadly, it has taken me over thirty years to figure out that if I see myself as a writer, by God, I'm a writer regardless of what others think. I should not have to defend that assertion with a roster of my titles. 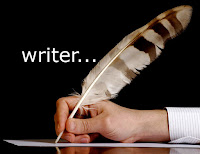 So if you write, you are a writer no matter if you're published or not, no matter if someone says your writing isn't good enough.You are a writer! Don't let anyone tell you otherwise.
Labels: amwriting aspiring author aspiring writer author confidence querying self-confidence WritersLife WritingTip YAlit young adult fiction