As a special Valentine's Day entry for the lovers out there, I'm going to delve in and examine Romance novels (in general terms from YA to erotica) and our sometimes peculiar fascination with them. My studies of them and my recent launch into reading them is because of this: romance novels are the most widely published form of fiction (a 1.44 billion dollar industry in 2013 according the therichest.com). If so many are published, then perhaps I can get published. Solid logic, right? Worth a shot anyway, I think.

Only, there is something that heavily disturbs me about these books, and I'm not talking about the sex. It's the fact that the heroines sometimes make me want to vomit. Just imagine Bella Swan from the Twilight Saga as a nympho and bam! we have our heroine. Now, I am a closet-Twilight lover, I must admit (although while I do, I cringe). I can see some positives in the story: reinvents vampire lore and the Byronic hero, promotes abstinence until marriage (not realistic perhaps but a very noble notion), and its success speaks for itself. However, my paradoxical dilemma is that the very fabric of its success relies on chauvinistic patriarchal expectations of womanhood. Whoa, that's a mouthful. What I mean is the the protagonist Bella is a whiny, sniveling, weak (physically and mentally), super insecure girl. I say "girl" because she never seems to reach womanhood, not because she becomes a vampire and stops aging, but because she never grows as a character through her vampiric transition, marriage, and motherhood. Essentially, she has no redeeming qualities (except her capability to love), and no personality (except she is clumsy). The fact her self-esteem is so low is depressing. How many guys like her and fight over her and she still thinks she's just "ordinary"? This cookie-cutter girl with no self esteem sold the book to audiences, though, and is why the novels were so successful. By nature teenage girls, for the most part, are insecure. The blank personality allows us girls and women to insert ourselves into Bella's shoes and have vampires and werewolves fight over us and live the happily forever after. That's the paradox: weak women equals dollar signs. 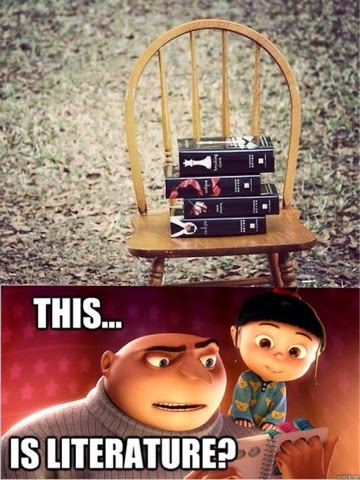 This is a large problem, especially when one goes to write a romance novel. If spineless waifs without personalities sell books, what does that say about us as a society? This issue is compounded by books like Fifty Shades of Grey. I must undermine my credibility for a moment here and admit I haven't read it, yet nothing about it makes me want to. All the things people praise it for turn me completely off. The premise has been described to me as "Billionaire attempts to control and make ordinary girl his S&M sex slave." Hmm. Perhaps I have too much feminist ideology to delve into this, but pain and submission just aren't my cup of tea. I don't care how rich a man is; I will never be dictated to the point my autonomy is out the window. The point is, this seems to be another fine example of successful romance, but again, the situation doesn't warrant any positive feelings toward the protagonist. I won't condemn the author for a the wimpy damsel, however, as this trilogy started out as erotic fan fiction based on none other than Twilight (a major improvement some say).

I feel that romance novels should be romantic, about love, an equal love between two people. Bella lives only for Edward's love and dies for it. Ana Steele is expected to leave her autonomy at the front door and become a slave. How is either situation actually romantic? We don't really want to be Juliet or Bella or Ana, not when they give up so much for love that a happy ending in the real world wouldn't be quantifiable.

Not all romance is like this. I gravitated as of late to historical romance, which I think is hard to pull of due to the difficulty in being historically accurate. What I love about the genre (besides I'm a sucker for period dramas), is the protagonists all seem to use a Lizzie Bennet type mold and throw in a healthy sex drive (after marriage of course). Lizzie, the icon of the Modern woman, from Austen's Pride and Prejudice doesn't take crap from any man especially the rich Darcys of the world. She's never degrades herself to slavery for a man or live and die for him. In fact, what Austen does, (purposefully maybe) is show that a man and woman must be on equal ground for love (even in a patriarchal society). This message echoes across historical romance where heroines break the glass ceiling of damsels in distress and rescue the men (emotionally or physically, or both) sometimes in outlandish, historically inaccurate ways. Personally, I'd rather read historical inaccuracies than a sniveling weak woman who needs, like actually needs, a man to breathe. 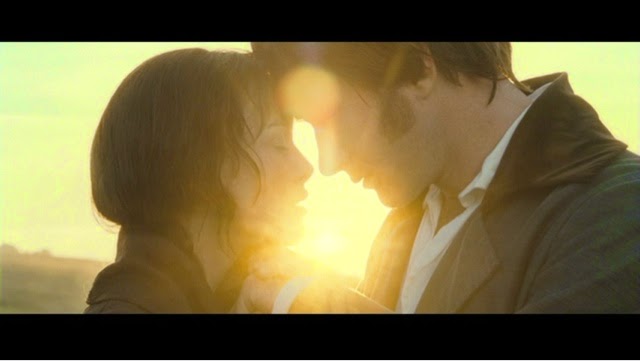 Let me put my ax-wielding feminist views on the back burner. These books with the weak damsel in distress sell. In fact, it seems at times that the weaker and characteristic-less heroines sell the most books. Apparently, it is what women want because they can relate to it. But this should not be so. This was enough to turn me off writing or reading another romance, but then I found a few gems among the rough: strong heroines. Think Katniss Everdene (Hunger Games) getting freaky and then falling in love despite her desire to never settle down. There's a huge difference, and a pleasing one, to see a strong woman falter a little when loving, than a slip of a girl groveling until a man finally saves her.  An example of what I mean is how the movie Eclipse (yes, more Twilight, but just listen) actually has Bella save Edward's life. Yeah, that wasn't in the book--in the book, she's was like "okay, let me think about saving him, oh no, cool, he didn't need me to because he's (batt eyelashes) oh-so perfect." Okay, she didn't say that, but that's my interpretation of it. However, she actually did get scolded like a child for almost hurting herself to save him. Normally, I hate when the movie strays from the book, but almost everything the movie franchise did was beneficial to the saga.


This view may sound jaded, but we need to support those novels that have strong female characters, not to the point where the man becomes Bella Swan--because that's not hot either. Men that cry about nothing, not sexy. The puppy-dog we need to fix, not fun (or realistic) either, but men in romance novels is a whole other problem that needs fixing. What we need to do is show what feminism really stands for: equality of genders. The heroes and heroine should both be strong people, that perhaps butt heads, find themselves in a predicament to overcome, a problem to solve, are in an entertaining or dramatic situation, who falter briefly when realizing they're in love, and hopefully live happily ever after in the calm after a battle. We need to rewrite true love. It shouldn't end in suicide to be together, or dying to be with someone (literally) then changing species; it shouldn't involve slavery, pain, or submission of a physical sense, especially with law binding contracts; it shouldn't have either gender ruling the other. It should be what James Baldwin proclaimed: “Love does not begin and end the way we seem to think it does. Love is a battle, love is a war; love is a growing up.” To me, that is a romance novel worth reading.