Character sketch: Zombies and the Regime


I threw yet another shirt onto the ground. It wasn’t the paint splatters on the sleeves that bothered me. All my clothes were covered in paint—the hazard of being an artist, I guess. What bothered me was the largest, most grotesque, bulbous object that God spurned me with—a bubble butt. There was no way to hide it, especially in leggings. I contemplated changing completely, but the digital clock on my dresser scoffed me; I was going to be late if I didn’t haul ass.
I threw on a bright green sweater-dress that I knew would cover my butt, and Chucks that once matched the sweater, but again, covered in paint. I grabbed a cookie and a coke can and ran out the door—breakfast of champions. I almost made it to my old beat up Ford Escort, when the Wicked Witch of the West stopped me in my tracks. She also went by the term “mother.”
“Seriously? Look at the state of you! What that adorable boyfriend of yours sees in you, I don’t know. You should take better care of your appearance. And that paint…”
“Can’t this wait mother, I’m late,” I growled throwing my backpack into the car.
“The paint is atrocious.”
“Why because it is a reminder of what you hate most about me?” I shot out the accusation. I don’t know why I did it at times; I guess I sadly still hoped she would comfort me and show me some love and respect, but there was no touching this ice queen’s heart. I braced myself for the upcoming sting of whatever she would say.
“Hate? No, that’s not right at all Ria. The correct word would be…disappointment.” Her eyes were soft, as if she really believed she was complementing me, that disappointment was so much better than hate. Didn’t she realize it hurt so much more?
“Well, get used to it. I’m double majoring. Make me mad mother and I swear I’ll go to an art school.” The threat usually made her back off. I figured if I threatened to limit myself to only art, then they’d condescend to let me double major in business and art. It would be the lesser of two evilsfor them. After all, they were forking out half my tuition, so I had to somehow manipulate them into giving me what I wanted.
I climbed into the car and slammed the door shut as she said something along the lines that we’d talk about it when we got home. My father, Hitler, and mother hated the fact I wanted to be an artist. It wasn’t practical; it also wasn’t practical that I hadn’t been a boy and that my birth robbed her of her chances to ever have that prized boy or any other child for that matter. They wanted me to be a doctor or lawyer and proclaimed to all that would listen that I was wasting my brain on “scribbling.” I could not wait to get out of their house, to leave them behind, to start living my life. Graduation seemed like a winning lottery ticket and I was oh-so-ready to cash it in. 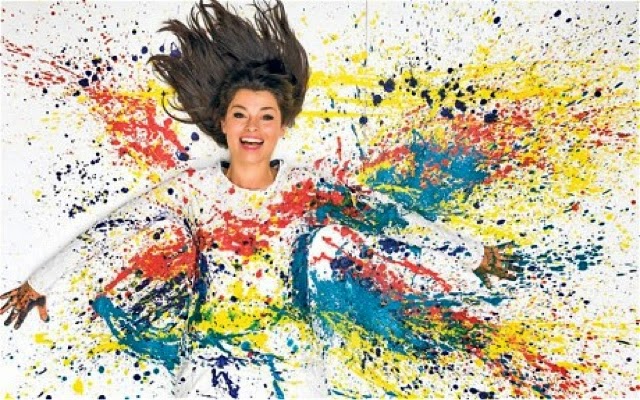 They made me sick, even Matty. Brian had accused me of being an emotionless zombie. Well, they were the zombies. Oh they felt things, things about themselves. The kids in my school, my parents--everybody--they were all after their own self interests. My best friend ignored my plight readily because I got girl was across the room. They were the zombies and the adults were the regime. I was getting out as soon as I could.
That day was they day I began my countdown to freedom.