It is a well researched phenomenon that humans harbor memories in music, that upon hearing a certain song it brings back a scene or moment from our past, the memory of a loved one, or sometimes just impressions of memories lost or fading. When we hear that song or tune it makes us recall something or someone and all the positive and negative emotions are freshly released. At times, I get just an image that snowballs into an avalanche of evanescent memories, so diluted by time they feel as if from a past life.The psychology behind musical memory

When I'm in the kitchen cooking, cleaning, or feeding my son, I always put on satellite radio. When we are trying to knock our son out for nap, we switch on the classical tunes which work very well. One day, I was washing up the dishes while my son was "fading" as we phrase it, and  Beethoven's Fur Elise came on. An image swept over me from my distant memories: fiberoptic flowers in a glass case (Yes, I was an 80's child and these were totally rad back then). Such a simple image brought the detailed memory, yet the image was lost until the song unleashed it. 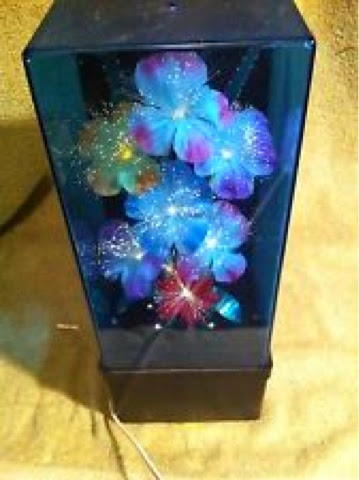 I remember sitting in my grandparents' house one day and was a little bit bored. I can't remember where my brother was (probably in the kitchen with my Grandmom eating steamed clams faster than she could make them) or exactly how old we were (perhaps I was 8?), but I do remember my grandparents were busy running the bar, so I was left to my own devices. I had my eye on the fiberoptic flowers in the glass case. I probably wasn't suppose to touch it, so of course I did and wound it up to let the music play. It played Fur Elise while the flowers changed colors. In the days before smartphones, computers, or the internet, this was high tech stuff that completely wowed my impressionable mind.

My Grandmom came in and sat with me winding it up again to play the song. I remember her telling me something I now realize probably was important but the only impression I can recall was that the song meant something to her. As a child, it is difficult to measure the importance of what adults tell you. Often she tried to pass down traditions and information she felt needed to be carried on to me since she never had a daughter. I still have her recipes and remember the sweet 16 tradition I want to pass down for my nieces.

The Fur Elise flower instilled these memories of an entire place and of a person. I remember the room it was in, the shelf with my Grandmom's play tea set, her dolls (all porcelain so I wasn't allowed to touch them), my Grandpop's military paraphernalia and matchbook collection, the view of the woods outside the window where deer would come all the way up to the back porch.

Now my Grandmom has been gone for over a decade, and never got to see me graduate, get married, see any of her great grandchildren, the memories begin to fade. But a simple song coming on the radio while my son is falling asleep can spark a simple image that brings her back to me and allows parts of forgotten memories to resurface. You realize then that it is true. Music holds so much power and meaning where a simple song can bring back the dead and make them live eternally. Long live on the ones we love through music. Beethoven's Fur Elise