I closed my eyes allowing it to creep forward, curious of how it would make me feel… 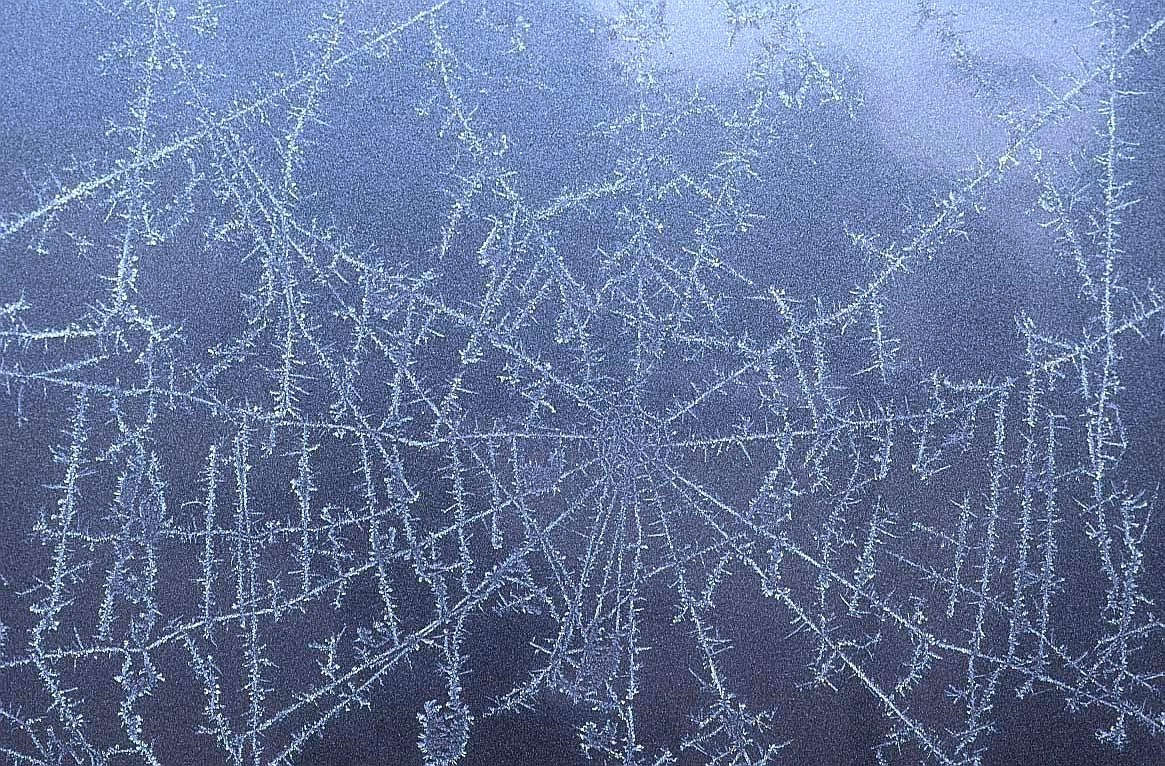 I was lying on the bed back in the old apartment that I shared with Jade. I was bundled up in layers of clothing, while Jade angrily kicked the heater. She likewise wore several layers of clothing, her cheeks and nose pink and her annoyed breath steamed out into the cold air with a soft growl.

“If you kick it one more time it might work,” I teased her rolling onto my side to watch her. Her clear blue eyes met mine, forcing me to smile. She smiled back and kicked it one more time as a joke making me snicker despite myself. The heater clanked and the metal facing fell off making a loud crash on the ground. She giggled and hopped into bed with me, cuddling close to stay warm. The lady below us rapped her broom on the ceiling to inform us that we were disturbing her.
“Should we give her a real reason to hit the ceiling?” Jade suggested with a seductive glance, yet her smirk told me she was merely making a jest.
“Too cold. We’ll freeze together,” I said rubbing her arms to create warmth, my gloved fingers beginning to lose their numbness. “Some Christmas we’re having. No tree, no presents, no heat,” I complained with a sigh.
“What would you want for Christmas? If you could pick anything in the world, what would it be?” Jade asked in a whimsical voice, her mind drifting into a make believe world, one much better than our own. Her eyes peered through the ceiling as if she could literally see this magical world she was creating.
“I don’t know, maybe a job I could respect myself doing. To be able to take care of you better. What about you?” I asked her, trying to see what she could see, but my limited imagination and morbid grasp on reality prevented me to follow her into her fantasy.
“A thousand moments just like this one,” She replied with a happy grin towards the ceiling. Good old romantic girl, able to find good in all that was bad. I closed my eyes, trying to imagine things that made me happy, to improve my spirits to equal Jade’s.
“You wouldn’t want money, or a supermodel, or like world peace? Just a thousand freezing, starved Christmases?” I tempted her innocent mind away from all her noble notions.
“Maybe world peace,” she answered looking at me slyly from the corner of her eyes. And I had believed she was going to make a joke about a male supermodel. She was so sweet and caring I felt guilty for not being the same.
“I don’t deserve you,” I said quietly and with meaning, cuddling closer for warmth.
“You never will,” She said touching my chin. I searched her mysterious eyes for meaning, but was unable to tell if she was joking or if she meant it. She always had that stoic, penetrating stare that made you believe she was always serious. Jade giggled and kissed me allowing me to see she was attempting a joke, not an insult.
“You don’t want anything? You’re happy living like this?” I asked her in a serious tone, wanting her to dispel my worst fears.
She responded with a bite of the lip and a bobbing of her head in confirmation before adding, “I don’t need money. I’m not with you for that. I’m not even trying to get you to reconcile with your parents. I don’t want their filthy money. And I don’t want yours either.” At that moment she reminded me of a stubborn little girl, innocent, wholesome, adorable and would always have to have her own way.
“Good, cause I don’t have any,” I said petting her blond streaks.
“That’s the way I like it. You don’t have to worry about money. I’m a big girl Peyton. I can take care of myself.” She buried her head into my neck and I held her close. She smelt of peaches, baby powder, and stale cigarettes…

I shot awake in bed sweaty and in a tangle of sheets, unaware of where I was. Then I lay back down sighing, remembering I was in the hotel, in Manhattan and relaxed. Tony still snored in the bed across the room. I got up and washed my face looking at myself in the mirror. Would this terrible feeling of guilt ever leave me? Would I continuously think of her and dream of her every time I thought of New York? When I had left, I forced myself to dispel her image and refused to let myself ever think or wonder about her. But, now, here, I was exploding with all the feelings I should have experienced then if I had let myself. Why did I come here? I had to do something about it. I had to end these suffering feelings, and I knew that meant I’d have to do what I dreaded most: confront Jade. Rena surely knew where she was. No matter how hard it would be I’d convince Rena to tell me. Five years after I left Jade, I still needed some form of closure. I couldn’t go on much more without knowing she was all right, that I didn’t ruin her life from leaving it. I walked back into the room and climbed into bed. It was still dark, but I felt sober so I must have had a few hours sleep, which was good considering I would not catch a wink the rest of the night. The image of my pale, chubby, bald, lifeless body on the sofa rotting and stinking up the room kept flittering into my mind all morning. I wasn’t even balding yet. 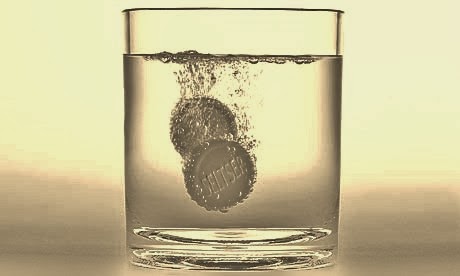 “You’re a big girl Jade. You don’t need my money,” I said with conviction to show her I wouldn’t change my mind, while reiterating our last Christmas conversation. She silently stared at the ground, so I went for the door.
“You’d leave even if I was carrying your baby wouldn’t you?” She asked sadly. I stopped, letting go of the rusted handle.
“What are you talking about? You’re making things up to get me to stay,” I said making my voice seem much stronger than I felt. I was stunned; my heart skipped a beat, anticipating the worst thing possible. If she was… I couldn't bear to bring a baby into this life.  I would rather die than to see it happen. My child in this world, this city, this life I so desperately hated, it seemed a brutal cruelty I wouldn’t wish on anyone.
“It’s the last bit of truth I have to get you to stay,” She said with numbed grief. She was speaking almost inaudibly, her eyes downcast, staring at a cockroach scurrying across the floor.
I stood unable to say a word with that damn chicken bone clogging up my throat, not letting me speak. I couldn’t breath and my hands shook violently from my nerves, as I grasped the cold brass doorknob. Finally, after a full minute’s silence I dared to look back over my shoulder and match my gaze with hers. Instantly, her eyes betrayed the truth: she was pregnant. With a simple wounded puppy dog look she begged me to stay. I sighed with exasperation and stared at the rusty old doorknob, now the symbol to my freedom. The four locks on the door reminded me how bad of a place this shit hole would be to raise a kid. It was the prison from which I was trying to escape. The financial difficulties, the fact the child would be unwanted and unloved by me…. I squashed the roach under my foot, and  the sudden action made Jade flinch.
I found my hand had turned the knob already before my mind made the decision to do so. It was so hot in the stuffy room and it stunk like fish, as the walls began to tighten around me. I couldn’t handle feeling like a trapped animal and I had to get out or I’d pass out. The chicken bone grew bigger, blocking my voice, blocking my ability to breath, and I thought I might faint. I needed fresh air.
I opened the door wide, slipped out being sure not to look back and closed it behind me. Jade wailed in agony inside, making me flinch as she had only a moment ago for the innocent roach. I stopped for one moment, my eyes tearing up, blinding me, contemplating if I should keep going or turn back. But I had gone this far and the hardest part was over. I moved one foot in front of the other and then I raced down the steps two at a time and busted out the main door and ran another block out of sight. I fell to my knees on the hard pavement, not caring about the pain, as I gasped for air. After finding my breath and wiping the tears away I stood up and continued walking. I had no idea where I was going to go, but I knew that it wasn’t where I just came from… 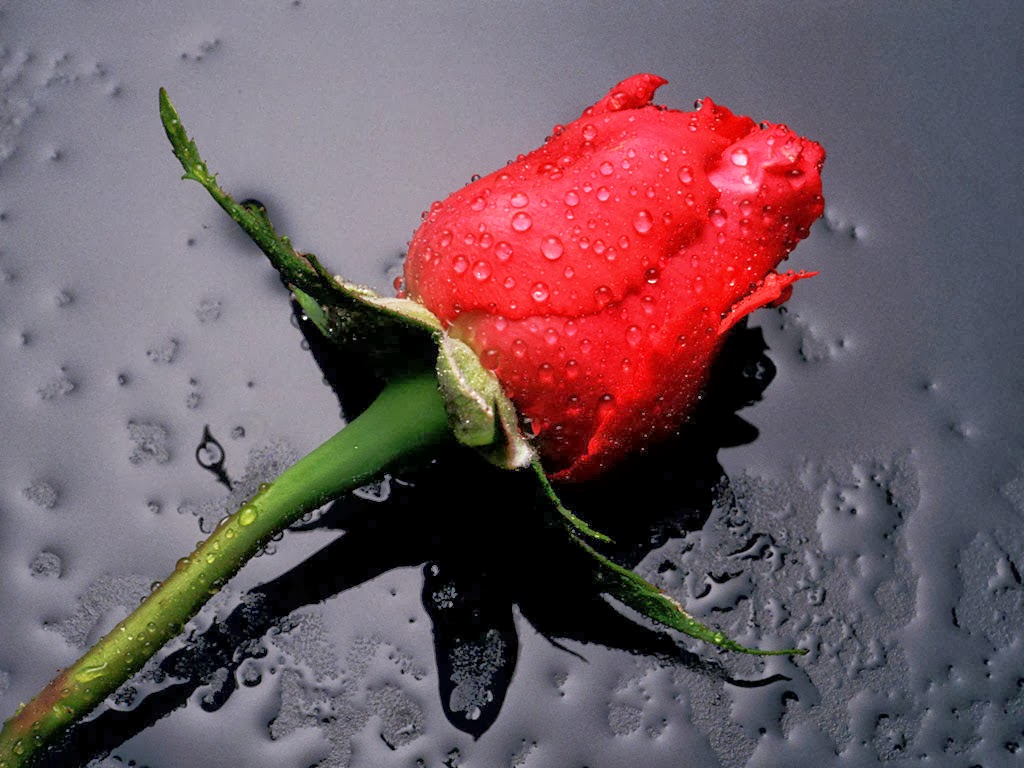