Resounding Moment # 2
My husband and I couldn’t get away for our ten year anniversary, so when the semester was over, we decided to go to Florida to go on some rides and catch up with friends. We made the thrifty decision to drive, and when I say we, I mean me; my husband never had a driver’s license, so I was the one to drive the eight hour journey.  Now, I am a bit of an anxious person, especially when driving, since you are literally putting your life in the hands of fellow drivers. Tractor trailers absolutely freak me out. I think my fear of these monstrous vehicles or driving in general stems back to my childhood and accidents that I’ve witnessed.

Memories often jumble and fade but pieces of them, the feelings and certain images stay with you forever. When I try to revisit them, at times I wonder if I’m inventing the details with my overactive imagination, but regardless the sentiment of the moment remains. The accident I saw when I was about 5 or 6 still haunts my dreams at night. The images flicker in and out: the teen on the ground face down unmoving, the gaping hole in the windshield of a car almost twenty yards away, the arrival of police, firefighters, a helicopter to airlift only one person out of three (that we could see). But the one image that haunts me still is the old man that was airlifted, the survivor. They used the Jaws of Life to get him out. When the door was removed I saw he was under the dashboard, crunched in and folded like a contortionist. His face was calm, defeated, facing us. I remember the queasiness in the pit of my stomach when I realized he had a seatbelt on. They were supposed to protect you, save lives. After this day, I freaked out if my mother even moved the car without being firmly buckled in even though we had a long driveway.

The fear of tractor trailers came when I was older, riding with my father on a busy interstate. I don’t remember how old I was, but old enough to try to block it out, repress the memory into my unconscious. However, when I pass by a truck on the highway I get nervous and the image of the accident flutters through my mind. It was a jackknifed tractor trailer and a huge pile up of cars in the southbound lane, only a couple that we could see, but underneath you could see flattened cars and pieces of cars. The police weren’t even there yet; it happened right before we passed by.

So this trip to Florida, a long portion being on I-95, made me extremely anxious. The amount of trucks on the highway sent the over analytical side of my brain into hysterics, and I tried to not think in statistics and ratios of the chances anything could go wrong. In Georgia, about halfway to our destination, the first tractor trailer accident cropped up on the northbound side. It looked as if it blew up or caught on fire. My husband quelled my anxiety by telling me the cab looked intact, that the driver was probably fine. We commented on the traffic behind the accident and pondered aloud how lucky we were not to be stuck in it. My husband snapped a photo of the traffic jam on his phone. 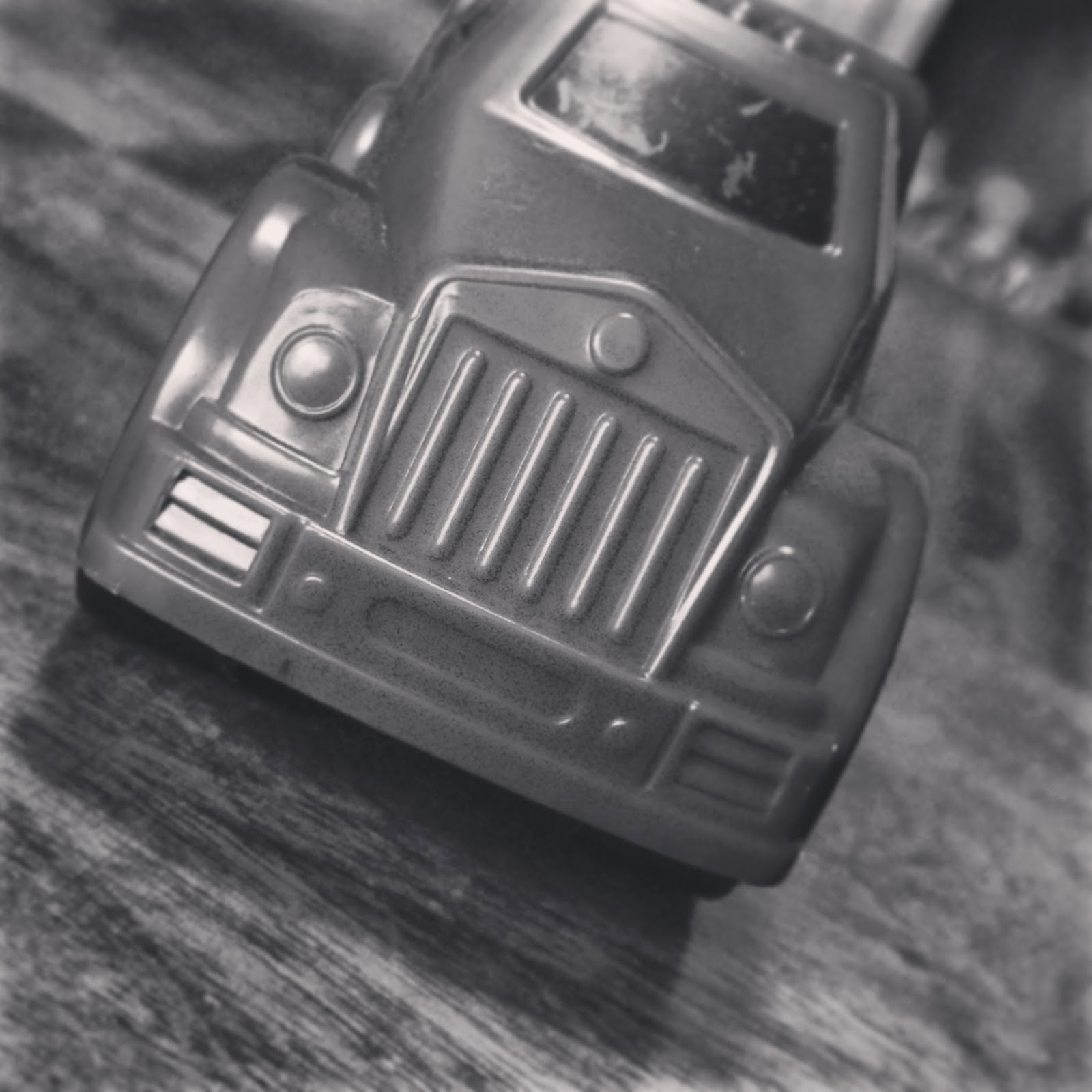 Traffic returned to normal in the northbound lane as people drove unaware they would have to stop up ahead. I wished I could’ve told them to detour. Then the traffic stopped, completely gone, like the scene in Vanilla Sky where Tom Cruise stands in Times Square and not one single soul is around him. Suddenly, we saw it on the northbound side. There was a maroon and silver looking disk connected to the front of a stopped tractor trailer, and another truck was next to it. Then it dawned on me in the three seconds it took to pass the scene that that disk was some kind of car, a car that had a person or people in it. The fact the car was only about two feet long, and didn’t resemble its original shape, was like a huge billboard inside my head with bold letters “NO ONE SURVIVED.” It was as if time stood still and I took it all in visually, the three seconds, an eternity. I gasped and said something like “Oh my God.” I think soft spoken expletives of disbelief exited my husband’s mouth. I could see one of the police officers at the scene walking away from the car towards the median. I couldn’t see his face, but the posture of his body, head down, hands on hips, showed how he would never forget this day, that this was one of the hardest days of his life; he was defeated, demoralized, trying to pull it together, do his job.

My heart raced in panic mode as a truck passed me. My anxiety about these beastly vehicles is, now temporarily, my husband’s as well. I tried to piece together in my mind what may have happened. The car was driving between two trucks, a sudden stop…I shook the thought away trying not to imagine the driver’s last moments. I had to say something, since the silence was allowing my mind to spin off into horrific scenarios, so I said something about how happy I was we did not bring our toddler son with us; I didn’t finish the rest of my thought out loud. My mind was busy in melancholic contemplation. Our son would need to live if something were to happen to us, and I began in my already tired, anxiety ridden brain thinking that something disastrous would. My thoughts fixate on how if that happened I would never get to see him to say goodbye; he would forget about us after a short while since he was so young. That person or people in the car had families, loved ones that would miss them…I had to shake my head physically to rid of the morbid thoughts.

We arrived in Florida alive, had fun, and drove back without a hitch. We picked up the baby, went home. Then we talked about it, my husband and I, about what we saw, how we felt, how we’re flying next time, bringing our son with us. It felt better to have it out in the open, but the image will never go away, burned into the fears of my subconscious ready to flutter through my mind when I least expect it. But I did realize something from this experience; digesting what happened to the people in that car and my fear of being parted from my son both began to possess and inspire me to live life to its fullest, create great moments to drown out the bad, create a lot of these moments for him so that the bad has a hard time touching him. I am inspired to write again, to put the dream of a blog and of publishing a book into effect. It’s as if the poor victims of that car accident have spoken to me beyond the grave and tell me to live, to truly live, for them, for others who have died, to love, enjoy life freely and with every fiber and ounce of energy I have.
The accident speaks to me and will always do so, saying “live.” And I respond, “I am. I will.”
Labels: car accident death inspiration life nonfiction positive moments real life Resounding Moments silver lining